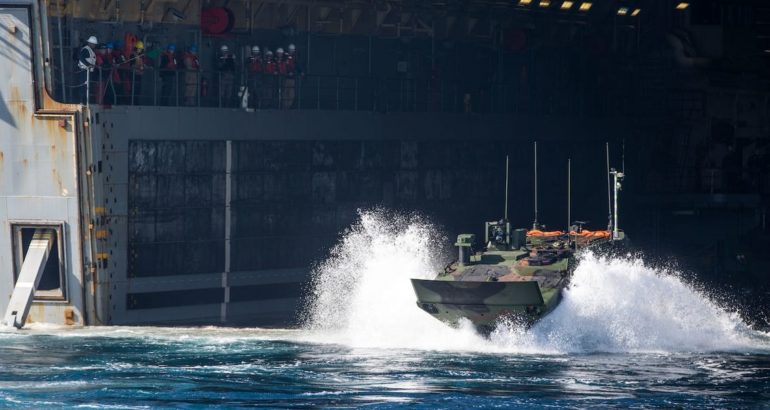 BAE Systems has received a $113.5 million contract from the U.S. Marine Corps for an additional 26 Amphibious Combat Vehicles (ACV) under the Low-Rate Initial Production (LRIP) phase of the program.

This award brings the total vehicle orders for the ACV to 116, and moves the program closer to full-rate production.

The ACV is a highly mobile, survivable and adaptable platform for conducting rapid ship-to-shore operations and brings enhanced combat power to the battlefield. BAE Systems has been in low-rate production since 2018 on the personnel carrier variant in the ACV family, which is envisioned to consist of additional variants including command and control, 30mm medium caliber turret, and recovery versions.

“The ACV provides the most survivable and mobile amphibious vehicle to the U.S. Marines Corps for supporting the warfighters’ ability to successfully execute their unique expeditionary missions. This award further demonstrates our commitment to that mission, it’s an important milestone for the program and represents a major step toward full rate production.”

The BAE Systems team and the U.S. Marine Corps have been making significant strides to reach full-rate production, including the successful completion of Logistics Demonstration as a critical enabler for the program to move into Initial Operational Test and Evaluation (IOT&E) with trained U.S. Marine maintainers. This and other major milestones such as operator training and additional testing will take place before full-rate production.

The Marine Corps selected BAE Systems along with teammate Iveco Defence Vehicles for the ACV program to replace its legacy fleet of Assault Amphibious Vehicles, which have been in service for decades and were also built by BAE Systems.