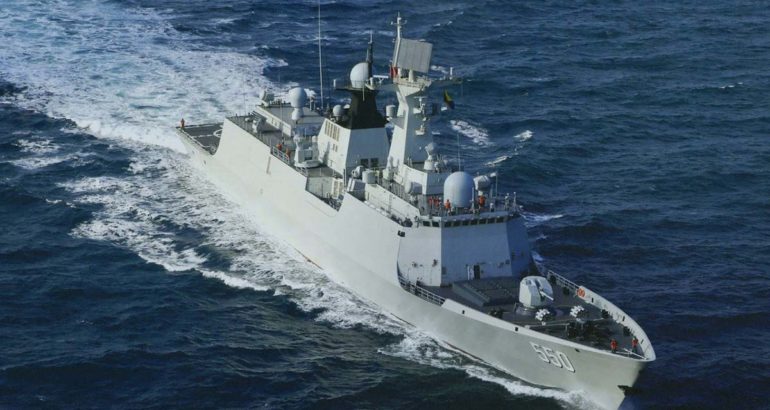 A keel laying ceremony for the second Type 054 A/P Frigate for Pakistan Navy was held at Hudong Zhonghua shipyard in China on March 23rd.

Pakistan signed a first contract for the delivery two Type 054 A/P frigates in 2017. An additional contract for two more ships was announced in June 2018. Steel cutting for the final two ships took place in November last year. All four units are set to be built in China and with a delivered to the customer by 2021.

The Type 054A is a multi-role frigate and is recognized as the backbone of the People’s Liberation Army Navy (PLAN) fleet of surface combatants with 30 vessels in commission.

During the ceremony, Chief Naval Overseas (China), Commodore Azfar Humayun, highlighted the importance of Frigates building project for Pakistan Navy and their timely delivery while complying with the highest standards of construction, outfitting and performance. The Commodore also acknowledged the professional competence of Hudong Zhonghua Shipyard and Chinese contractors despite the challenges faced during COVID-19 pandemic in China, ensured completion of this important milestone in time.

According to a Pakistan Navy press release, the Type-054 A/P ships are state of the art frigates equipped with modern surface, subsurface and anti air weapons and sensors. Once constructed, these ships will be the most technologically advanced platforms of Pakistan Navy which will strengthen its capability to meet future challenges and maintain peace, stability & power equilibrium in the Indian Ocean Region.