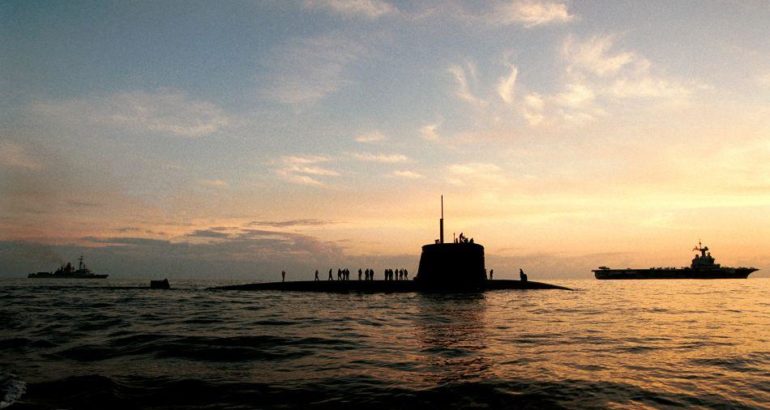 Fitted with high-performance sensors, the submarine identified and located a fictitious surface threat. Returning to periscope depth, the submarine then transmitted real-time information via the L11 tactical data link to the Hawkeye aircraft deployed in the area.

The Hawkeye fully played its control role by relaying the target information collected by the submarine to some Rafale M fighters which engaged the target. The E-2C is capable of following more than 1,500 tracks in real time. It can also share this information with assets (aircraft or surface ships) located nearly 200 nautical miles.

Over 100 tracks were sent to the E2C-Hawkeye during the exercise. It was flying some 150 nautical miles away from the submarine.

« This formidable aggregation of resources makes the French CSG a powerful and effective tool, a capability multiplier, with an independent situation assessment capability. It is able to deliver a rapid, proportionate and graduated intervention, » the French MoD stated.

The French CSG is currently deployed in the Northern Atlantic Ocean, as part of the “Foch” mission.