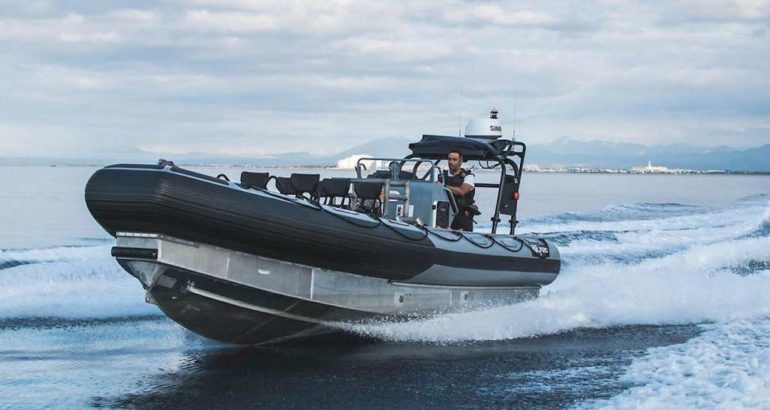 A first batch of 22 Gecko rescue boats has been ordered, nine of which are already being delivered to the Einsatzflottille 2 in Wilhelmshaven, the Mürwik Naval School and the Parow Marine Technology School. Other units are intended for the F123 Brandenburg-class and F124 Sachsen-class frigates, the Type 702 Berlin-class and Type 404 Elbe-class replenishment ships, as well as for the German Navy Damage Control Training Center. Twelve additional Geckos are also on order for the K130 Braunschweig-class corvettes.

New developments have been added on the boat and the equipment. The hull has been completely redesigned. The radio and navigation systems have also been updated and extensively tested.

With all the ships and units mentioned using the same boat in the future, the German Navy will significantly reduce procurement and maintenance costs. The standardization has two further advantages: fewer trials different systems or new boats will have to take place in the future. On the other hand, the training process is reduced because the personnel can operate the same material in most of the German Navy units.

In addition to rescue missions, the Gecko can be used for people and/or material transport and for boarding tasks. Depending on the task, the boa can be easily converted with six of the eight seats being removed or flexibly installed thanks to a rail system to enhance the cargo capacity.

A launch and recovery system (LARS) has been specifically redesigned through an independent project, first for integration on the Type 404 ships. The first LARS-equipped Type 404 ship will be the Elbe, which is due to leave the shipyard during the spring. The other five Type 404 will receive the new system in the coming dockyard times. Besides replenishment ships, the LARS system is to be installed on the future K130 Batch 2 corvettes.