Dave McKae, FTEC Engineering Technician, NUWC Division, Keyport Detachment San Diego, said the CDLS was refurbished by Naval Information Warfare Center (NIWC) Pacific and installed at San Diego’s FTEC.  Once it was installed at FTEC, a technical refresh was conducted to enable the system to link up with multiple USW aircraft while in flight.  The system was then used to conduct testing that will help bring the next generation data link into fleet operation.

“Operational testing and evaluation was performed at the site, utilizing multiple aircraft from Naval Air Station North Island,” said McKae. “Live testing, consisting of both on-deck and in-flight operations, were successfully conducted, proving the next generation common data link system increased capabilities were operationally sound. This proven upgrade is now slated to be retrofitted on all US Aircraft Carriers.”

NUWC Keyport’s role as the Aircraft Carrier Tactical Support System (CV-TSC) In Service Engineering Agent (ISEA) enables Detachment San Diego to support MLCS development.  The use of Enterprise’s CDLS by FTEC was arranged by an agreement between multiple commands including Naval Air Forces and Naval Sea Systems Command.  Part of the agreement specified the unit would be returned to active service in the fleet if it was needed after being upgraded.

FTEC San Diego was the ideal site due to its proximity to NIWC Pacific and its connections to local anti-submarine squadrons on NAS North Island.

The CDLS unit would have been disposed of if it had not been repurposed for testing. FTEC’s reuse of it brought multiple benefits to the Navy, including speedier development of the next generation system and a savings of $1.8M by not purchasing a brand new unit.  The system is scheduled to be installed on future USS John F. Kennedy (CVN-79) in 2021.

“This is a great example of collaboration between Naval Warfare Centers in both supporting test and evaluation, and Fleet requirements as part of the overall Navy’s mission and readiness,” said Jack Smith, Division Head, NUWC Division, Keyport Detachment San Diego. 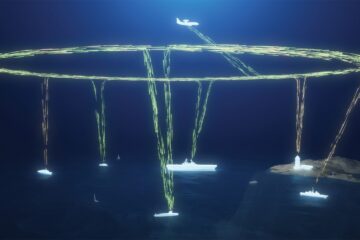 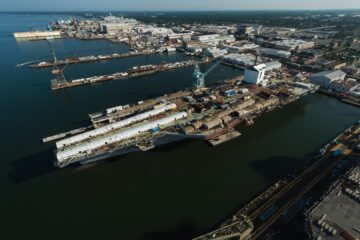