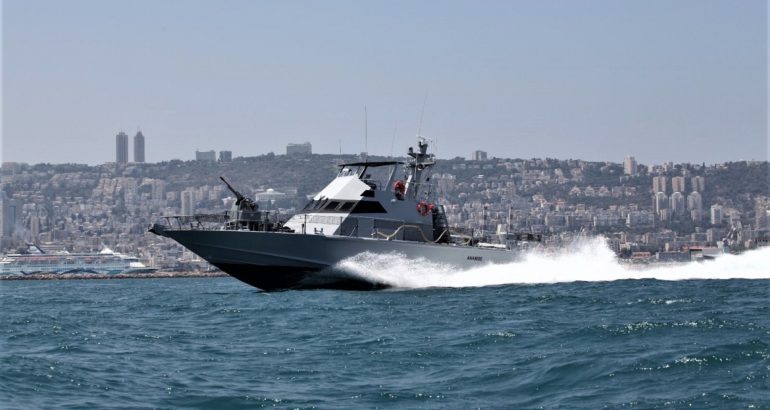 The information was first reported by African news site Africa Intelligence about a week ago. Contacted by Naval News, an Israel Shipyards spokesperson confirmed it:

This delivery is part of a comprehensive project, to an African customer, including 3 SHALDAG MK II and 1 SHALDAG MK V. all three SHALDAG MK II are identical and comprise the same weapon suite.

The first two Shaldag MK II vessels, Anambe et Soungrougrou, were both delivered last year. The third vessel is set to be delivered by the end of this summer.

According to Israel Shipyard, the Shaldag MK II is a multi-mission combat-proven FPC (top speed of above 45 knots) with a length of 25 meters (the Shaldag MK V is 32 meters long). It enables navies, coast guards and law enforcement authorities high maneuverability in missions where high intercept speeds are required, The Shaldag vessels are known for their modularity and can be installed with various combat systems.

“We customize the craft according to each of our customers’ requirements meeting their specific challenges. Working in collaboration with the Israeli defense industries, we offer our basic suit of sensors and weapons, navigation systems, radars, and other systems and weapon stations, yet the vessels are compatible with other systems as well, if requested”.

The fast patrol boat can be armed with a 23mm-30mm remote controlled gun, two 12.7mm or 7.62mm remote controlled heavy machine guns, and other manually operated guns of similar configuration. It can also carry up to eight short-range anti-ship missiles to engage targets at sea or on the coastline.

Due to the highly advanced suites installed on the vessel,it can support a range of missions, such as maritime patrol, interception of terrorist activities, drug trafficking, prevention of illegal immigration,piracy and search and rescue operations.

Faced with an ever growing piracy threat in the Gulf of Guinea, Senegal (like other countries in the area such as Côte d’Ivoire, Ghana or Nigeria) is pursuing efforts to boost its naval capabilities. As we reported at the time, Senegal and French shipbuilder PIRIOU signed last year a procurement contract for three OPV. The vessels will be fitted with missile systems which will be a new capability for this emerging navy. Other modern units include a large OPV procured from French shipyard OCEA, the Fouladou, commissioned in 2016 and two smaller patrol vessels (by Raidco Marine) procured in 2015 and 2013. 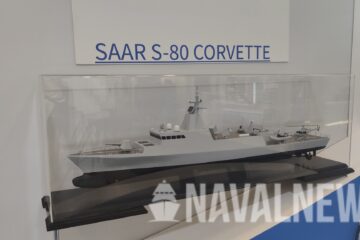