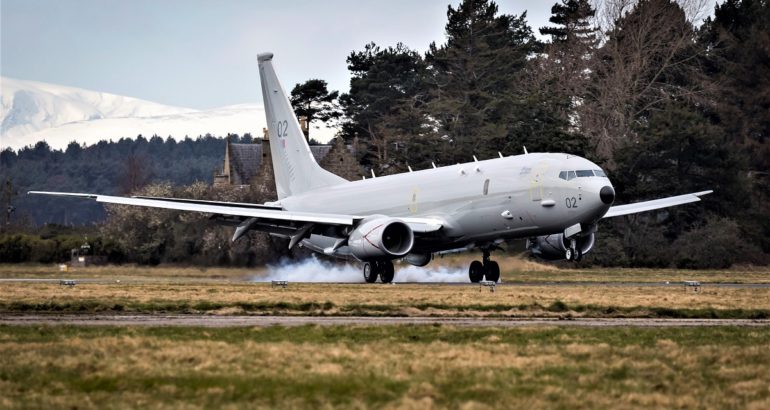 The Royal Air Force has formally declared an Initial Operating Capability (IOC) of its brand-new Poseidon MRA Mk1 Maritime Patrol Aircraft. The UK’s Poseidon fleet, currently comprising of two aircraft with seven more to be delivered, strengthens our maritime security, helping to protect our people and our interests, at home and overseas.

Poseidon will now be patrolling our seas, hunting potentially hostile submarines and helping to defend our nuclear deterrent. It uses the very latest in cutting-edge technology to detect, identify and monitor hostile contacts both above and below the waves. It can carry up to 129 sonobuoys to search for enemy submarines and can be armed with Mk54 torpedoes if required to attack enemy submarines.

‘I am absolutely delighted that the Poseidon Force has met its first operational milestone on time. It is a crucial aircraft for the security of the UK, critical to Allies and NATO and a major weapon to press back on our adversaries all over the World.’

“We’ve just declared an initial operating capability for our Poseidon aircraft, on time on 1st April 2020. It’s a really exciting time for us in this programme, which is moving fast and the team at RAF Lossiemouth has delivered some great results in very quick time. We’ve still got a long way to go with introducing this next generation capability into Service, but Poseidon is a game-changer, not just for hunting submarines but for a range of other roles from anti-ship warfare, maritime reconnaissance and long-range search and rescue tasks.”

Our Poseidon aircraft are operated by 54 Squadron and 120 Squadron, who are currently flying from Kinloss Airfield in Moray, Scotland. Poseidon will move to its permanent home at RAF Lossiemouth later this year once the refurbishment work on the runways and airfield infrastructure has been completed, including the new Strategic Facility which is being delivered by Defence Equipment and Support. Our second Poseidon squadron, Number 201 Squadron, will also stand up later this year.

The Poseidon is an established and proven capability with the aircraft already in service and operated by the US Navy and the Royal Australian Air Force. The Royal Norwegian Air Force and Royal New Zealand Air Force have also decided to buy the Boeing P-8A Poseidon. We are looking forward to working closely with our Poseidon allies in the future as we introduce our new aircraft into service.

About the UK’s Poseidon MRA Mk1

A contract for P-8 development was granted in June 2004 and first flight followed on April 25, 2009.  The US Navy announced initial operating capability on November 29, 2013 and the P-8 is now been widely delivered not only to the US Navy, but also to the Indian Navy and Royal Australian Air Force. 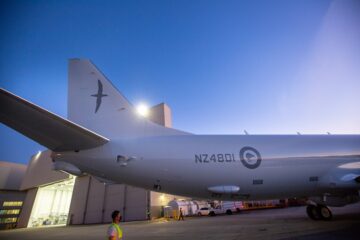