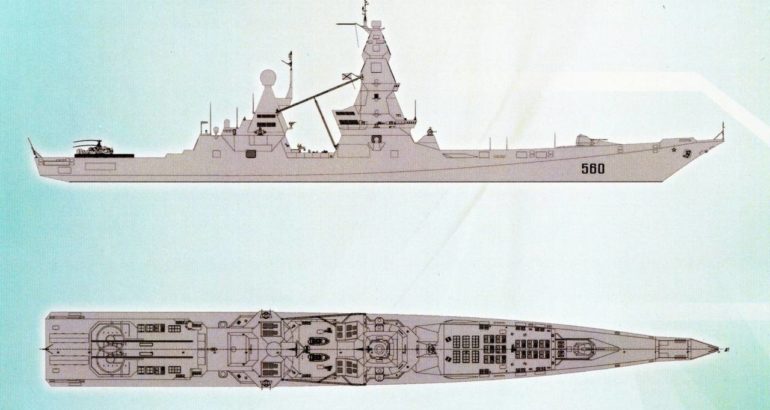 The construction of Leader-class nuclear-powered destroyer of project 23560 has been postponed for a long time. The conclusion comes from the documentation of the designer. The Vzglyad business newspaper explains the decision of the Defense Ministry.

The construction of green-water Leader-class nuclear-powered destroyer of project 23560 has been postponed for a long time. The conclusion comes from the documentation of the designer. The Vzglyad business newspaper explains the decision of the Defense Ministry.

Boring procurement reports and statements of corporations sometimes contain interesting information. The annual 2019 statement of Severnoe Design Bureau appeared in public domain. It is a major designer of warships. The statement said “the customer suspended the planned work (for 2017-2019) of project 23560 after the rough design was completed in 2016.”

It was all quiet after that. Officials did not promise to launch the construction although they displayed the model of the destroyer at various shows.

The reason is that the Defense Ministry considers upgraded frigates of project 22350M as the main green-water warships. They have a displacement of 8000 tons and are powered by Russian-made M70 turbines and M-90FRU boosters. It is easier to build and improve the frigates rather than create a gigantic nuclear missile warship which is unprecedented in the world. Orlan-class project 1144 represented by the Petr Veliky cruiser is bigger than the Leader but has modest capabilities against it. Project 22350M is definitely cheaper.

It is difficult to estimate the cost of an unbuilt ship, but some things are clear. Project 22350M frigate costs several dozen billion rubles. The Leader will cost hundreds of billions. The price of a series of destroyers will be comparable to the whole military shipbuilding program or a manned flight to the Moon. Besides, the necessity to have such an attack missile ship is not evident.

Naturally, big warships capable of operating in green waters are necessary in peace in wartime. However, a nuclear-powered, high-speed and heavily armed missile warship is not urgently needed and can be replaced by frigates. There is only one war scenario which can demand Russia to have such warships. It is a full-scale non-nuclear sea war with the United States.

In such a war, attack groups of destroyers in the Atlantic and the Pacific Oceans would pose a major problem for any adversary.

Read Part 2 of this story at this link