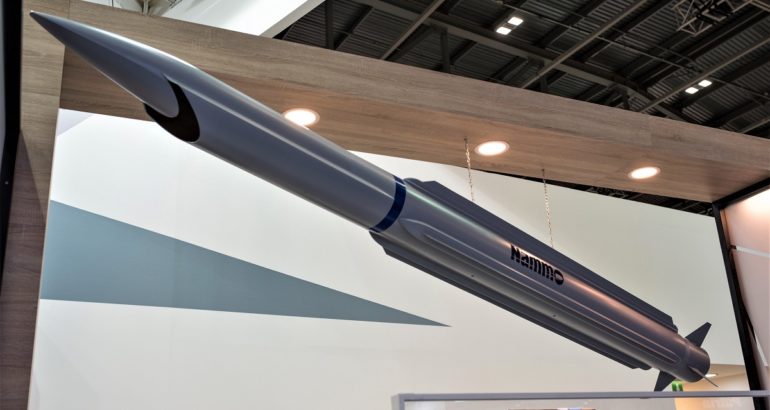 The U.S. Department of Defense and the Norwegian Ministry of Defence announced their intent to continue a bilateral effort to explore advanced solid fuel ramjet technologies. The Tactical High-speed Offensive Ramjet for Extended Range, or THOR-ER.

THOR-ER is an Allied Prototyping Initiative (API) effort under the Directorate for Advanced Capabilities within the Office of the Under Secretary of Defense for Research and Engineering.

“This continuation is an important next step in advancing high-speed propulsion technologies with our Norwegian partners. It will drive fielding of the critical technologies needed to ensure U.S. and Allied military superiority in hypersonic systems.”

Dr. Michael Griffin, Under Secretary for Research and Engineering

“I am very pleased with the prospects of this initiative. Not only will it provide a game changing capability for our Armed Forces, it also brings bilateral cooperation to a whole new level,” said Mr. Morten Tiller, Norwegian National Armaments Director. “The THOR-ER development incorporates the results of long term R&D on missile and rocket technology in Norway. In my opinion this merger of US and Norwegian R&D efforts and engineering skills strengthens alliance innovation, in addition it represents an opportunity for closer defence industrial base cooperation”.

“Nammo’s new propulsion solutions are closing the range gap between the US and its future potential adversaries. Our involvement in THOR-ER allows us to bring together the best of US and Norwegian propulsion technology through the framework of a bilateral US-Norwegian partnership, and this fits perfectly with our long term ambitions,”

The Allied Prototyping Initiative, launched in 2019 by the Office of the Under Secretary of Defense for Research and Engineering through its Advanced Capabilities directorate, leverages new and existing frameworks for international cooperation in research and development, so that the U.S. and its closest Allies can co-develop prototypes to bolster their military superiority. The goal of the API is to rapidly co-develop high-impact, game-changing, large-scale operational prototypes and to explore opportunities to energize the industrial bases within the U.S. and its closest Allies.