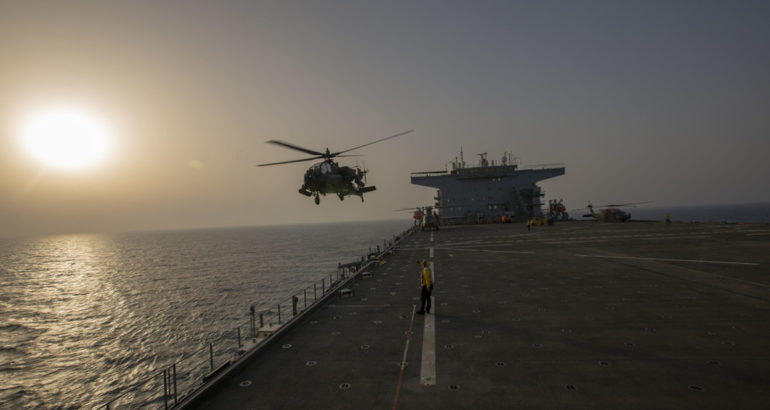 “While Apaches have landed aboard naval vessels before, I think this iteration of us coming out here and performing maritime operations with this ESB is more about projecting combat power forward,” said CW3 Reginald Oliver, an AH-64E Maintenance Test Pilot with 1-17 Cavalry Regiment.

By completing the deck-landing qualifications, the pilots and the crew aboard the USS Lewis B. Puller demonstrated not only interoperability between the two services but also showcased an additional capability utilizing U.S. Army aviation assets and U.S. Navy expeditionary sea base ships.

“(We were able to) expand interoperability between the Army and the Navy within this area of responsibility and providing a greater capability if necessary,” said Oliver. “Especially if we are going to deploy an immediate reaction force or a multifunctional aviation task force.”