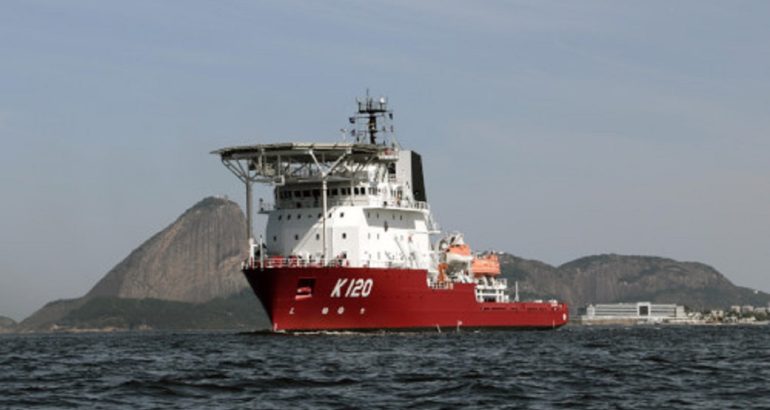 In a ceremony chaired by the Chief of Staff of the Navy, the Submarine Rescue Vessel (SRV) “Guillobel” (NSS “Guillobel”) was commissioned into the Brazilian Navy (Marinha do Brasil) on May 12. 2020.

Built at the request of the company ADAMS Offshore, at the Balenciaga shipyard in Zumai, Spain, in 2009, the former “Adams Challenge” was designed for deep diving work. Since then, it has performed saturated diving work for the oil & gas sector in the Gulfs of Mexico and Guinea and, more recently, in the Middle East.

The fourth Submarine Relief Ship of the century-old Brazilian Submarine Force bears the name of submariner Admiral Renato Almeida Guillobel. Today, with the national flag flying at its stern, the NSS “Guillobel” gives strength to the Brazilian Naval Power, modernizing the capacity to rescue submarine crews.

The commissioning of this important asset is a milestone for diving activities, contributing to the safety of submarine operations. The new vessel will also provide support for the Brazilian Antarctic Program (PROANTAR).

After the commissioning, the NSS “Guillobel” goes to the initial stage of operational training, with the objective of reaching its initial operational capability.

A helideck conforming to CAA CAP437 guidelines and to suit an Aerospatiale AS332L helicopter is arranged above and forward of the bridge.

The vessel is equipped with a 12 man, 300m x 3 man bell, saturation diving system, class approved that is maintained under ABS and IMCA (International Marine Contractors Association) requirements. She is also fitted with air diving equipment and capability.

The commissioning of this new submarine rescue vessel (SRV) is in line with the Brazilian Navy’s ongoing submarine force expansion and renewal. In particular with the arrival of three more Scorpène-class derivative vessels and a nuclear attack submarine in the coming years.

The Brazilian Navy launched its first Scorpène-class derivative submarine in 2018. For the others, delivery is scheduled between 2018 and 2023 and the late 2020s for the nuclear attack submarine.

In 2009, DCNS (now Naval Group) and its Brazilian partner Odebrecht signed a contract for the construction of a naval base capable of accommodating 10 submarines fleet and nearby, a shipbuilding yard for their assembly and maintenance.