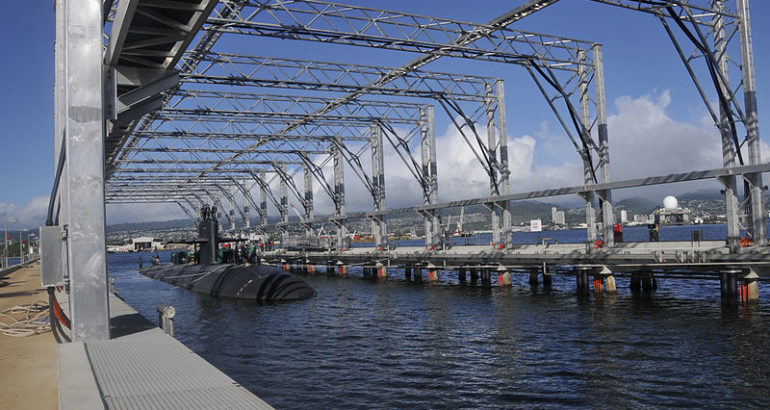 L3Harris Technologies announced an alliance agreement to bid with Ultra Electronics and Indianic Group for the development of the Royal Australian Navy’s (RAN) new Magnetic Treatment Facility (MTF) to be installed in Western Australia under the SEA 1350 Phase 2 program.

The SEA 1350 program aims to replace and upgrade the existing RAN facilities in Western Australia, enabling the submarine fleet to undergo a pre-deployment process, which aims to reduce or eliminate the magnetism of a steel hull to enhance stealth capability, preventing submarines from triggering magnetic mines or attracting certain types of torpedoes.

The companies have several years of experience providing signature management capability and working on maritime ranges for the RAN.

“Reducing ships’ magnetic signatures is a key capability for the RAN. If we’re successful, we would also subcontract a number of other Western Australian-based subject matter experts (SME) to support the design, construction and maintenance of the new facility – delivering sovereign superiority in the region.”

“Ultra has been supplying naval electromagnetic signature management capability to both the Royal Navy and Royal Australian Navy for over four decades and we look forward to continuing this close relationship by supplying the next generation of Australian capability with our SEA1350 partners L3Harris and Indianic,” said

The third company under the Memorandum of Understanding (MOU) is Western Australian-based SME, Indianic Group, who specialize in marine and subsea infrastructure. Indianic Group currently maintains and operates the existing magnetic measurement and deperming facilities at Fleet Base West.

“We have been involved with the magnetic treatment facility for the past 15 years, maintaining and sustaining the facility on a daily basis. We look forward to joining forces with L3Harris and Ultra to provide a combined and enhanced support offering to the RAN.”

The formal tender process for Phase 2 of the SEA 1350 program has recently opened with an Initial Operating Capability planned for 2023.

The partnership would extend to the SEA 1350 Phase 3 Maritime Underwater Tracking Range, covering the upgrade of the fixed and portable acoustic tracking ranges, which is planned to be tendered in late 2020. L3Harris and Ultra have also successfully partnered on other Australian projects across sonar, communications and electronic warfare technologies.