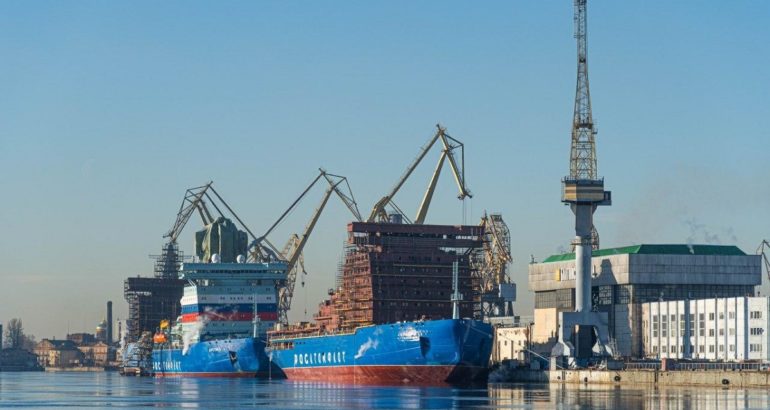 The Baltic Shipyard laid the "Yakutia", the fourth nuclear-powered icebreaker of project 22220, the enterprise said.

“The third serial nuclear icebreaker of project 22220 was laid in slipway A,” it said.

“It is the fourth icebreaker after the Arktika, the Sibir and the Ural. Upon the construction of the project Russia will operate the biggest group of icebreakers in the world. They are unique vessels and no other country has at least one of such icebreakers. The power plant comprises two nuclear reactors of 175 MW which ensure seven years of autonomous navigation. The icebreakers can operate in the Northern Sea Route and shallow waters of the Yenisei and the Ob Rivers, in ice and pure water,”

“The construction of a series of icebreakers confirms Russian clear leadership in the Arctic,”

“We continue to build project 22220 icebreakers despite COVID-19 pandemic. The universal nuclear icebreakers help make an important step in the development of the transportation potential of the Northern Sea Route,”

The Baltic Shipyard signed a contract worth 100 billion rubles for the construction of two new icebreakers of project 22220 with Rosatom in August 2019. The shipyard is to build a total of five icebreakers.