Home» News»Taiwan Requested MK 48 Torpedoes From The US, But for Which Submarines ? 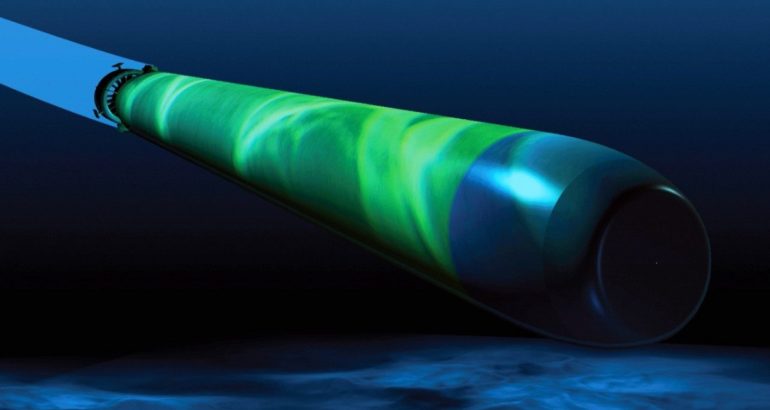 Taiwan Requested MK 48 Torpedoes From The US, But for Which Submarines ?

The United States' State Department approved a possible Foreign Military Sale (FMS) to Taiwan of eighteen MK 48 Mod6 Advanced Technology (AT) Heavyweight Torpedoes (HWT) and related equipment for an estimated cost of $180 million. But which ROC Navy Submarines are set to get these torpedoes ?

Martin Manaranche and H I Sutton contributed to this story

According to the official Defense Security Cooperation Agency (DSCA) notice:

TECRO has requested to buy eighteen (18) MK-48 Mod6 Advanced Technology (AT) Heavy Weight Torpedoes (HWT). Also included are spare parts, support and test equipment, shipping and shipping containers, operator manuals, technical documentation, training, U.S. Government and contractor engineering, technical and logistics support services; and other related elements of logistics support. The total estimated program cost is $180 million. […] The proposed sale will improve the recipient’s capability in current and future defensive efforts. The recipient will use the enhanced capability as a deterrent to regional threats and to strengthen homeland defense. The recipient will have no difficulty absorbing this equipment into its armed forces.

The DSCA added that there are no prime contractors associated with this case as all materials will be procured from U.S. Navy stocks.

The DSCA doesn’t mention which submarines will be getting the new torpedoes. The Republic of China (ROC) Navy has two ageing Chien Lung-class submarines built in the Netherlands in the 1980ies as well as two “vintage” Hai Shih-class (former U.S. Navy Tench-class SSKs transfered to Taiwan in 1973).

Prior to their transfer to the ROC Navy, the United States sealed up the 10 torpedo tubes ( six forward and four aft ) of the submarines. Rumor has it that however that the torpedo tubes were reactivated a long time ago.

The Chien Lung-class is currently fitted with German-made AEG SUT 264 heavyweight torpedoes. Decision to replace the German torpedoes by American ones was made back in 2011. Nine years later, it looks like the deal will finally go through.

Given the age of both classes of submarines (which will almost certainly require some upgrade work, at least in their combat management systems), the MK 48 may simply be intended for Taiwan’s future submarine class which is set to be delivered in just five years:

The 19-foot-long MK 46 with its 660-pound warhead has been operational since 1972 and is the standard heavyweight torpedo used by the U.S. Navy. It has undergone several modifications and upgrades over the years. The torpedo was designed and built by Gould Honeywell (mod 1); Hughes Aircraft company (ADCAP); Raytheon (mod 6 ATCOT) and Lockheed Martin for the latest version (mod 7 CBASS).

The MK 48 Mod 6AT (the one selected by the ROC Navy) uses MK 48 sonar, guidance and control, electrical power system, and quieting technology in order to maximize weapon effectiveness and minimize cost. The torpedo is capable of autonomous operation or control via wire link. The MK 48 Mod 6AT features advanced sonar, combined with an advanced digital signal processor for improved low Doppler target detection and a search volume of more than 1.6 billion cubic meters.

The torpedo has been designed to sink deep-diving nuclear-powered submarines and high-performance surface ships. It detonates under the keel of a surface ship, breaking the keel and destroying its structural integrity.