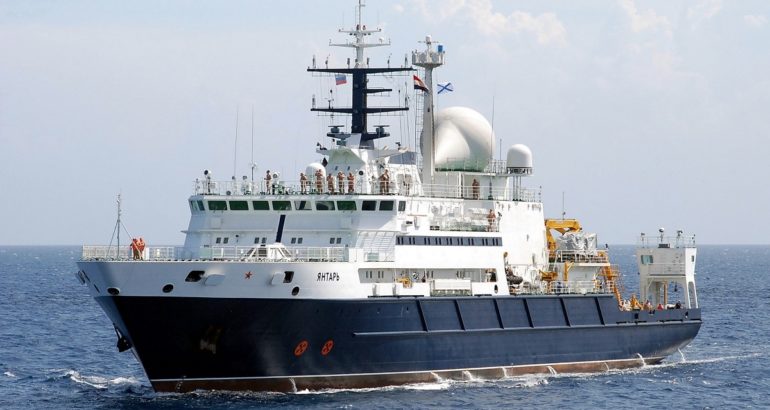 Yantar Shipyard is restoring the technical readiness of the Yantar oceanographic research vessel of project 22010, the enterprise said.

The vessel is in order and there were no remarks from the customer in five years, however technical maintenance is necessary to keep it in permanent readiness.

The Yantar is the lead vessel of project 22010 designed by Almaz Bureau and built by Yantar Shipyard. The displacement is 5200 tons. The vessel is 108.1 meters long and 17.2 meters wide. It was laid on July 8, 2010 and named after the producer shipyard. The customer received the vessel on May 23, 2015. Yantar Shipyard is building the Almaz second vessel of project 22010.

According to Covert Shores, Yantar is operated by Russia’s secretive Main Directorate of Underwater Research (GUGI) who operates many of Russia’s special mission submarines.

Yantar (actually Cruys) was launched in 2014 and joined the Russian Navy in 2015. It is described variously as a ‘Special Purpose Ship’ and an ‘Oceanographic vessel’ which is a euphemism for a spy ship. She can host two deep submergence submarines for undersea engineering missions. These missions are thought to include cable cutting, laying of taps on undersea cables, removing other countries’ taps (‘delousing’) and related intelligence missions. She may also perform other special missions such as recovery of sensitive equipment from crashed aircraft or test missiles.