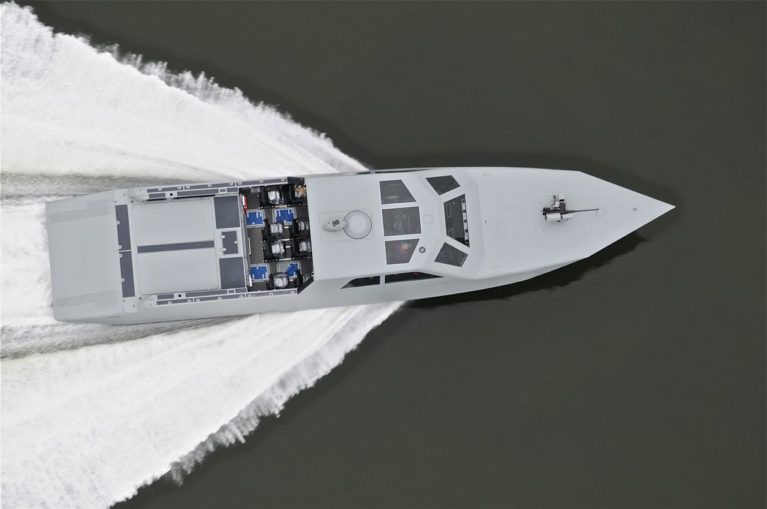 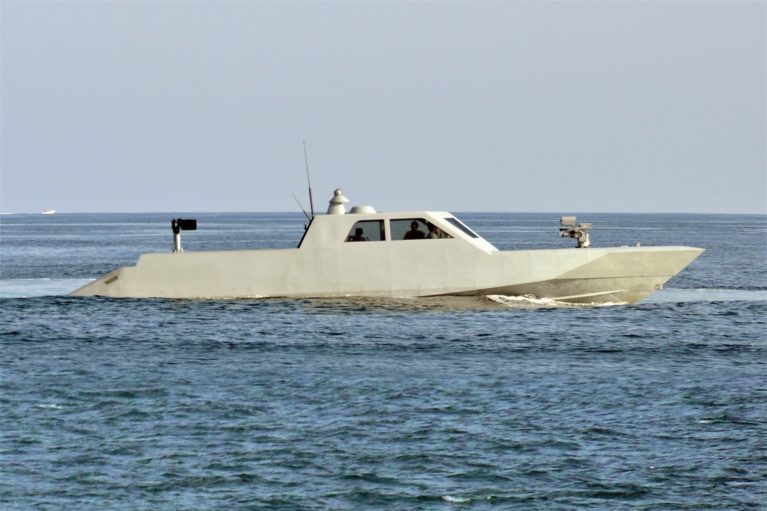 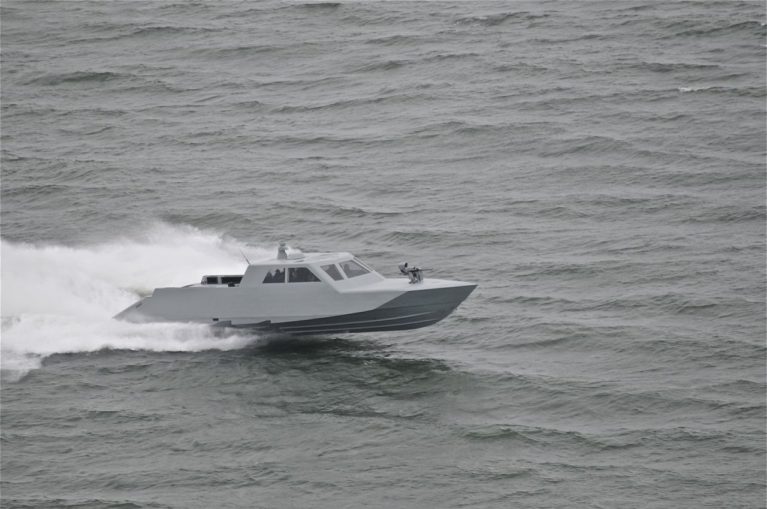 The CCM Mk.1 is a stealthier replacement to the SOC Mk.V but maintains the overall arrangement and many of the features of its predecessor. It is slightly smaller allowing it to be transported by a C-17 Globemaster-III aircraft. Photo: USSOCOM.

A Tale of Two FLIRs

In the quest for “We own the night,” FLIR Generations do matter. SOCOM’s CCFLIR2 for its NAVSPECWARCOM’s Special Boat Service Combat Craft vessels will give crews an enhanced capability that they never had.

The CCFLIR2 is a day/night and infrared imaging system that provides operators the capability to detect visible light or infrared radiation reflected or emitted by surface targets at tactically significant ranges in all operational environments. CCFLIR2 provides increased detection, recognition and identification ranges in all conditions; constant interrogation of targets across the spectrum of operations; and greater situational awareness with high-definition imaging and zoom capability. CCFLIR2 incorporates improved optics and image processing that allows the user to see the same target in multiple wavelengths, highlighting the target features and discriminators. CCFLIR2 integrates with embedded navigational systems and other shipboard systems to provide target and way-point geolocation and tracking functionality. CCFLIR2 is part of a collection of intelligence, surveillance and reconnaissance systems available for use on Special Operations Force maritime craft.

At Virtual SOFIC 2020 in mid-May, USSOCOM PEO Maritime officials revealed that all special operations Combat Craft Boats will receive the CCFLIR2 360-degree rotating turret to replace the 2000-era FLIR Legacy systems. This USSOCOM $49,900,000 2015 contract requests all 58 CCFLIR2 systems to be delivered and installed by 2022, seven years after initial contract award. Would the CCFLIR2 be outdated in year 2022 due to progressive advancements in microchip, camera, resolution, and software technology? An analysis of FLIR progression provides revealing answers.

The photo of the CCFLIR2 turret being installed on all U.S. Special Operations Command Naval Special Warfare Command (NAVSPECWARCOM)’s boats was made available in an Unclassified Powerpoint slide approved for Public Release.

When it comes to being the elite of the elite in the world of clandestine special operations,
having improved FLIR camera performance through generational upgrade versions do make a
difference for improved special forces’ Intelligence, Surveillance, and Reconnaissance (ISR).

When it comes to FLIR technology, numbers do matter. People usually won’t mistake the performance of an Apple® iPhone 11 with an iPhone 8 or even an iPhone 4. The number itself represents the generation of the make and model of the iPhone and the number shouldn’t get confused. Usually, the higher the model number, the newer the make and version which equates to better performance and vastly improved processing power due to Moore’s Law of miniaturization. Moore’s Law states that that the number of transistors etched on a microchip doubles every two years, thus doubling the processing speed and capability power every two years for a lower price.

FLIR thermal technology, once considered rare and very expensive and exclusively for Law Enforcement, governments and military usage, is now affordable and could be purchased commercially for hunting, maritime, civilian and recreational use.

FLIR3 with MSX® (Multi-Spectral Dynamic Imaging) does have the added benefit of using MSX to “draw in” visible light details into the thermal image (merging of visible light with the thermal image) for more detail and refinement so that the thermal image isn’t represented by just shapes and shades of color. Essentially, FLIR3 with MSX outlines and borders in hard edges and surfaces for greater clarity and that is very useful for identifying manmade objects in a featureless ocean at night. But FLIR2 handheld cameras can also contain MSX Technology and thus can be very compatible in performance to FLIR3 handheld cameras. Compared to FLIR1, FLIR2 and FLIR3 with MSX Technology give special forces’ Operators an enhanced edge in combat with object and target identification.

In addition to MSX Technology, if made available on CCFLIR2, the higher and sharper the resolution of the camera, the better the image quality and detail identification and discrimination. Low and High-Definition camera resolution comparison images are provided by FLIR® Marine’s website.

[SOCOM’s] CCFLIR2 incorporates improved optics and image processing that allows the user to see the same target in multiple wavelengths, highlighting the target features and discriminators.

According the FLIR’s 2015 statement, if CCFLIR2 does indeed highlight the features and discriminators (FLIR2 handheld cameras with MSX Technology were indeed available in 2015), then CCFLIR2 could indeed have a form of MSX Technology that merges and overlays visual with thermal images for the Maritime environment that would offer even better visual quality than a typical HD thermal camera. CCFLIR2 could use FLIR3’s handheld camera features in 2015 and be ahead of its time (before FLIR3 was made) for enhanced Special Boat Service’s survivability, sustainability, navigation, and Command, Control, Communications, Computers, Surveillance, Intelligence, and Reconnaissance (C4SIR).

In 2020, FLIR® Systems currently makes HD Maritime turrets that have better designs and performance specifications than FLIR® 2015’s CCFLIR2. With Moore’s Law, the hardware processing power, the zoom power, the sensitivity, and the lens apertures would all be improved with progressive technological advancements over the five years. USSOCOM’s CCFLIR2, even five years old, would be a marked improvement over 2000-era Legacy FLIR systems because CCFLIR2 is High-Definition (HD) quality, respectively, and MSX® visual/thermal image merging and edge tracing was indeed available in 2015. This isn’t to say that U.S. NAVSPECWARCOM’s CCFLIR2 would be technologically outdated by 2022; however, as technology progresses, USSOCOM’s Combat Craft vessels might still get new FLIR camera hardware and software upgrades well into the 2020s and for the service life of these special operations’ boats. Therefore, while not the best Marine thermal imager FLIR® Systems sells in 2020, CCFLIR2 should be “decent enough” for NAVSPECWARCOM’s Special Boat Teams throughout the 2020s to follow the motto, “We own the night.”