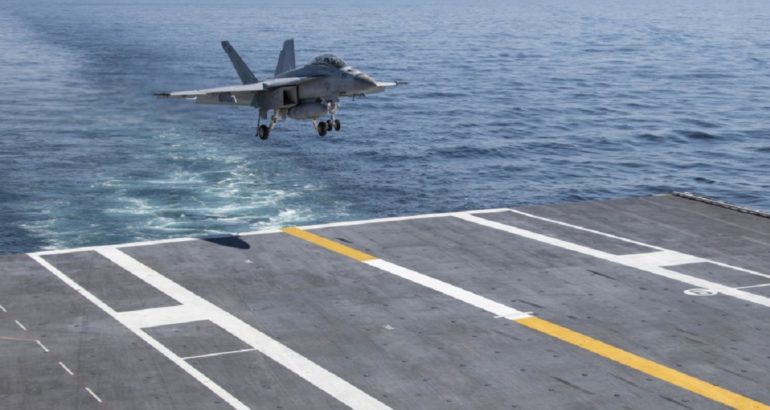 This milestone marks a significant achievement for the ship and crew, as the Navy moves towards a goal of 8,000 aircraft launches and arrestments during at-sea events scheduled through the end of 2020.

“EMALS and AAG continue to perform as expected as the ship ramps up evolutions towards achieving combat operational readiness,”

“Both systems’ capabilities are being rigorously exercised to meet the daily objectives for cats and traps in support of the various squadrons undergoing carrier qualification (CQ) and training aboard CVN 78. In addition to marking the 3,000 milestone, on May 19, the ship performed 167 successful launches and recoveries in a single day, breaking the previous record of 135.  As the only CQ asset regularly available on the East Coast this year, we look forward to EMALS and AAG continuing to meet and exceed performance requirements as more instructors and student pilots come aboard to train and pursue their wings of gold.”

“Since January, CVN 78 has multiplied the total expected number of launch and landing evolutions by a factor of four,”

“We’ve seen EMALS and AAG put through the paces day and night on CVN 78, utilizing a range of aircraft including F/A-18E/F Super Hornets, E-2D Advanced Hawkeyes, C-2A Greyhounds, EA-18G Growlers, and T-45C Goshawks. Every flight is critical, and we’re proud of our team and the ship’s crew as they continue to meet their mission objectives to bring “Warship 78″ to fleet readiness.”

GA-EMS is delivering EMALS and AAG for the future USS John F. Kennedy (CVN 79) and USS Enterprise (CVN 80). Significant cost savings are being realized through multiple ship production contracts, which minimize gaps in production while maximizing planning, scheduling and delivery to support all three Ford-class carriers.