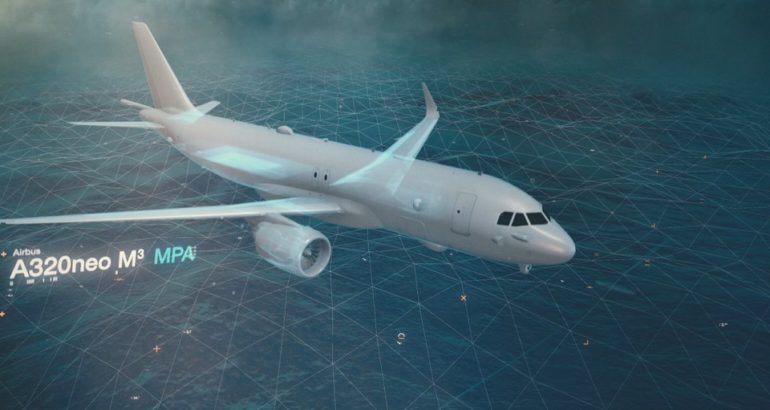 Unveiled at Euronaval 2018, Airbus' A320M3A in its MPA variant appeared to be a natural candidate for the MAWS program, which aims at replacing current German and French MPAs with a next gen system. Airbus picture.

The German Federal Ministry of Defence (MoD) will end the modernization of the P-3C ORION maritime patrol aircraft (MPA) ahead of schedule.

The reason for this is that the total costs and the technical difficulties that arose during the modernization are too important.

The delays in the modernization of the P-3C Orion are already leading to insufficient material operational readiness without any foreseeable improvement. The situation is aggravated by the fact that the P-3C Orion with tactical marker “60+01” was heavily damaged during a refuelling operation at the end of March 2020.

Therefore, the MoD decided on the basis of a capability assessment with the effects on the availability of P-3C Orion in the German navy, a project analysis by the contractor AIRBUS and a profitability analysis with risk analysis to terminate the modernization project P-3C Orion prematurely. More specifically, this means that work on the model installation of the mission equipment will be stopped.

However, the maintenance measures for rewinging, which have been advanced at two P-3C Orions, are still to be completed.

A capability gap resulting from the loss of the P-3C Orion, especially for long-range and rapid underwater warfare, cannot be accepted.

For this reason, the Bundeswehr is currently conducting a market survey which takes into account all platforms available on the market.

In addition to the operational requirements, this analysis will also evaluate all interactions with the Franco-German cooperation project Maritime Airborne Warfare System (MAWS).

For the record on the occasion of the ILA exhibition, which took place from 25 to 29 April 2018 in Berlin, French Minister of the Armed Forces, Florence Parly and her German counterpart, Ursula von der Leyen signed a letter of intent to jointly develop the next generation of maritime patrol aircraft with possible opening to other partners from Europe or NATO.

The project, known as MAWS (Maritime Airborne Warfare System), aims to ensure, from 2030 onwards, the succession of the French Navy’s Atlantique 2 and the German Navy’s P-3C Orion. Unveiled at Euronaval 2018, Airbus’ A320M3A in its MPA variant appeared to be a natural candidate for the MAWS program.

But with the decision to retire the P-3C early, Germany is now somewhat out of sync with France to pursue a common successor via a joint project. Modernized ATL2 are currently being delivered to the French Navy and their replacement won’t be needed until the mid-2030ies.

The Bundeswehr is exploring new acquisition to replace all current P-3C MPAs set to be retired by 2025 (instead of 2035 initially). The stop-gap platforms being considered are: