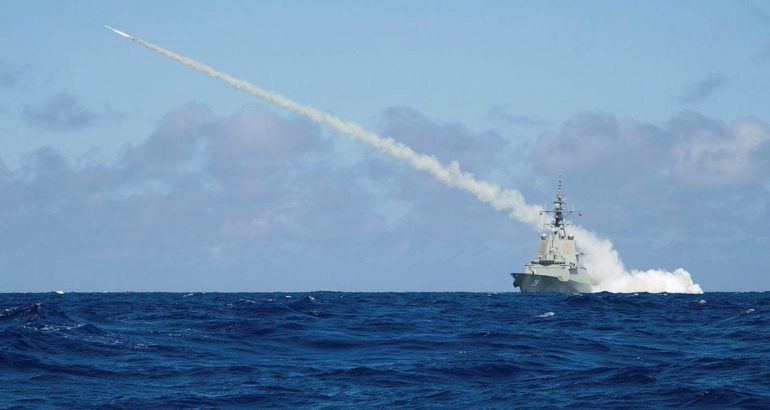 In support of the Royal Australian Navy and the Destroyer Enterprise, Lockheed Martin Australia has successfully executed a range of complex Aegis upgrades onboard HMA Ships Hobart and Brisbane at Garden Island, Sydney during the challenging COVID-19 lockdown period.

Lockheed Martin Australia, working with the RAN and industry partners as part of a combat system enterprise approach, performed specialist upgrades and deep maintenance on the Aegis Weapons System including SPY-1D(V) radar systems onboard the RAN Hobart-class Destroyers during May and June.

This period has demonstrated Australian sovereign sustainment of the Aegis Weapon System in the absence of planned US onsite support due to COVID19 restrictions.

This is the first time a Lockheed Martin international team has planned and executed an upgrade to an Aegis-equipped ship outside of the U.S.

As part of this work, the Aegis Computer Program, complex Aegis “light off” activities and deep system maintenance was performed onboard HMA Ships Hobart and Brisbane, ultimately ensuring all systems were operating correctly and the ships were operationally ready to commence their next mission.

“This effort demonstrates Australia’s sustainable sovereign industrial capability in action at its best, with the global expertise performing the knowledge transfer to the local team during the  program execution phase and thereby allowing sovereign talent to deliver the sustainment efforts on the ground in Australia,”

“We are extremely proud of this achievement,” North said. “Delivering multiple Aegis Combat System upgrades, despite the global challenges of COVID-19, is a testament of genuine partnerships and teamwork at play and reaffirms our resolute commitment to delivering on the Royal Australian Navy’s mission-critical priorities for the Hobart Class Destroyers.”

There are three Hobart-class destroyers in the RAN: HMAS Hobart, HMAS Brisbane and HMAS Sydney. The Hobart Class DDGs are based on the Navantia designed F100 frigate and is coupled it with the Aegis Combat System. There were constructed in Australia by the Air Warfare Destroyer Alliance.

The Hobart-class provides air defense for accompanying ships in addition to land forces and infrastructure in coastal areas, and for self-protection against missiles and aircraft. The Aegis Combat System incorporating the state-of-the-art phased array radar, AN/SPY 1D(V), in combination with the SM-2 missile, provide an advanced air defense system capable of engaging enemy aircraft and missiles at ranges in excess of 150km.

The Hobart-class carries a MH-60R helicopter for surveillance and response to support key warfare areas. The surface warfare function will include long range anti-ship missiles and a naval gun capable of firing extended range munitions in support of land forces.