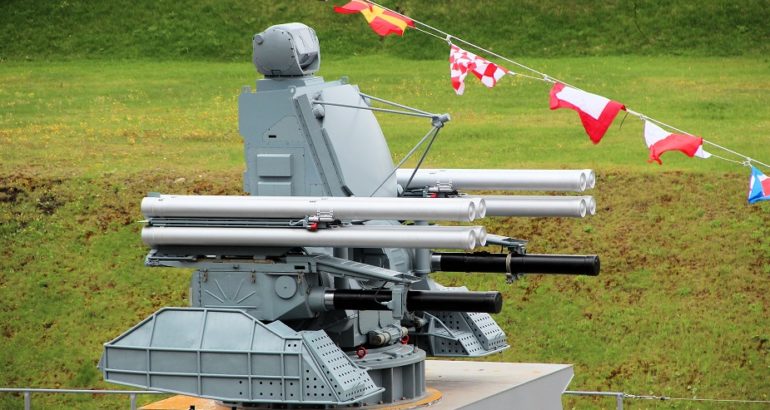 The Marshal Shaposhnikov upgraded frigate of project 1155M may be armed with Pantsir-M air defense missile gun. Several options are being considered.

The firepower of the gun can destroy all airplanes, helicopters, cruise missiles, bombs and drones in a radius of 20-30 km, the Izvestia daily writes.

Several options of Pantsir-M installation on the Marshal Shaposhnikov are being considered, Defense Ministry sources said. There are several technical problems with the location of the gun. It may be installed in the stern and in the center of the warship.

The frigate became operational in 1986 when warships faced other requirements and the naval air defense differed from modern weapons in size.

The frigate is currently upgraded by Dalzavod Shipyard. Twenty percent of the infrastructure was dismantled and built from scratch and outboard fittings replaced. The changes are necessary to install modern equipment, missile and artillery guns.

The Marshal Shaposhnikov was built as a big antisubmarine ship and had no attack missiles and powerful air defense due to the narrow specialization. Antisubmarine ships have to operate together with destroyers of project 956 armed with missiles and antiaircraft guns. The ships can effectively destroy submarines, but are incapable of striking at ground targets and have no defense against missiles and aircraft.

“Pantsir will increase the capabilities of the frigate in repelling cruise missiles, drones and homing air bombs. Pantsir has a longer range and better hit effectiveness than Kinzhal designed in Soviet time. The ground option of Pantsir was tested in Syria and the seaborne option has already been tested on warships. The Odintsovo corvette of project 22800 is armed with it and is completing trials. In future all warships of the same class will be armed with new antiaircraft weapons,” he said.

Pantsir operates two-tier air defense. It can defend a warship from any airstrike at a distance of 20-30 km. The targets which break through are attacked by 30mm guns in a range of 4 km around the ship. For comparison, Kinzhal is armed only with missiles and has a range of 12 km.

The upgrade will develop the Marshal Shaposhnikov into a universal warship. It will be able to track and destroy submarines and deliver missile strikes at sea and ground targets. The frigate will get launchers for Kalibr missiles with a range of at least 1.4 thousand km. A low altitude decreases the signature of the missiles, the Izvestia said.