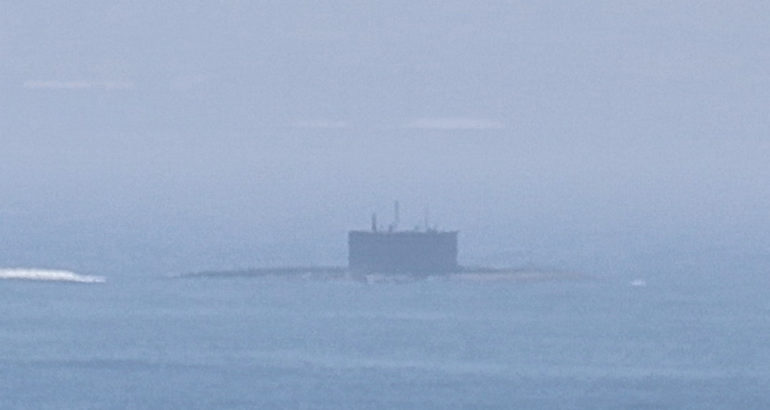 A Russian Navy Kilo Class submarine, believed to be Krasnodar, is heading through the English Channel. It is currently south of the Isle of Wight, escorted by a Royal Navy warship. Photo MICHAEL J SANCHEZ, OP WEST

The Royal Navy Are Escorting A Russian Submarine In English Channel

Strong circumstantial evidence suggests that a Royal Navy warship is currently escorting two Russian Navy vessels in the English Channel. The approach of the Russian vessels, a submarine and a naval tug, was reported in Forbes yesterday. At that time the Royal Navy escort did not appear to be in place.

The Russian submarine is believed to be Submarine Krasnodar (B-265), a project 636.3 Kilo Class diesel-electric. She left the Black Sea, where she is based, on March 14 2019. The purpose of her leaving the Black Sea, under the Montreux Convention, is for repairs. yet she has spent 15 months on an operational deployment in the war in Syria, and is only now heading to a shipyard.

The submarine, and its escort, are currently approximately south of the Isle of Wight, heading north east. The submarine is en-route to the Baltic.

Earlier this month HMS Tyne was involved in the escort of another group of Russian Navy ships. These were led by the Udaloy class destroyer Vice-Admiral Kulakov, and included the Project 22160 class corvette Vasily Bykov.