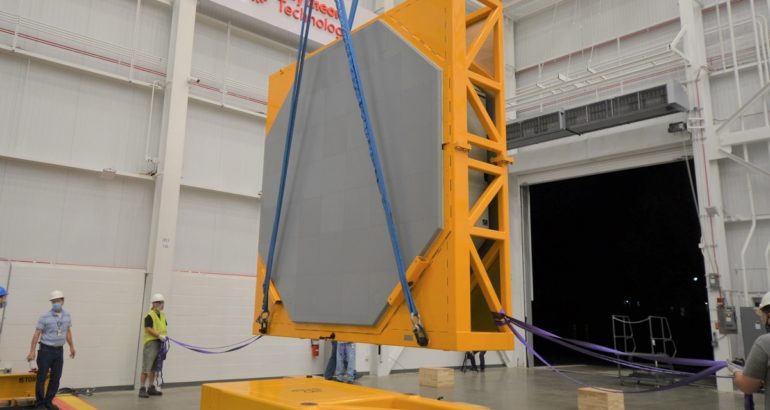 “SPY-6 will change how the Navy conducts surface fleet operations. Our ships will be able to see farther, react quicker and defend against threats in a way we couldn’t before.”

“This is the start of what will be a steady stream of SPY-6 array deliveries to the shipyard. Threats to Navy ships are getting smaller and faster. SPY-6 will extend the Navy’s reach against dangers like drones, ballistic missiles, aircraft and unmanned ships.”