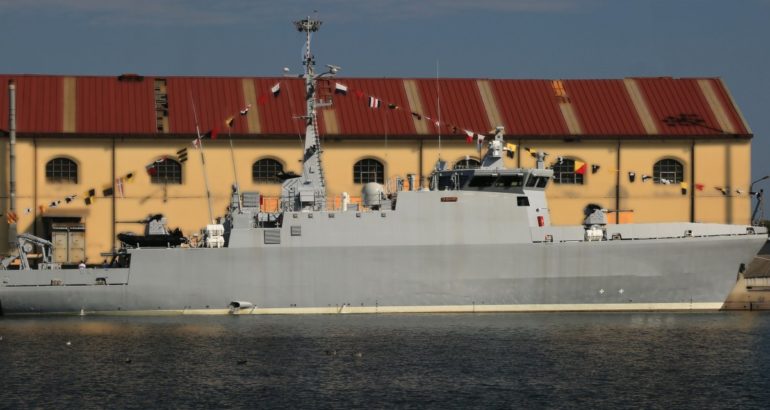 Italian shipyard Intermarine (a subsidiary of the Immsi S.p.A. industrial group) has delivered the second El Kasseh-class mine counter measure (MCM) vessel to the Algerian Navy on 29 July. A third unit is currently under construction.

The vessel, based on the Lerici and Gaeta classes MCM vessels of the Italian Navy, has a 52.5 metre length and 10 metre beam (for a total displacement of approximately 700 metric tons) and is powered by two diesel engines for a top speed of between 13 and 16 knots.

The structure – including the hull – is built using the unstiffened monocoque single skin construction technique, with a fibreglass developed specifically for this type of project. The superstructures, realised in a sandwich configuration consisting of two fibreglass and carbon fibre layers encasing a balsa core, are constructed with the resin infusion process.

In its press release (in which the customer is not named as is typically the case for Algeria), Intermarine adds that they have already built 43 minesweepers, in 9 different configurations, for the navies of 8 countries, including the USA, Australia and Italy, confirming its international leadership in this particular sector of vessels. 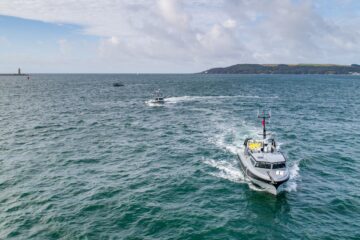 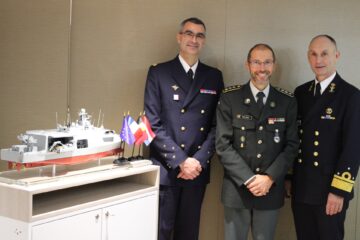 Thales and SonarTech to Develop Mine Warfare Systems in Korea

Naval News Staff 26 Sep 2022
SonarTech and Thales have signed a Memorandum of Understanding (MoU) for joint in-depth research and development in mine warfare sonar systems at DX Korea 2022 exhibition.