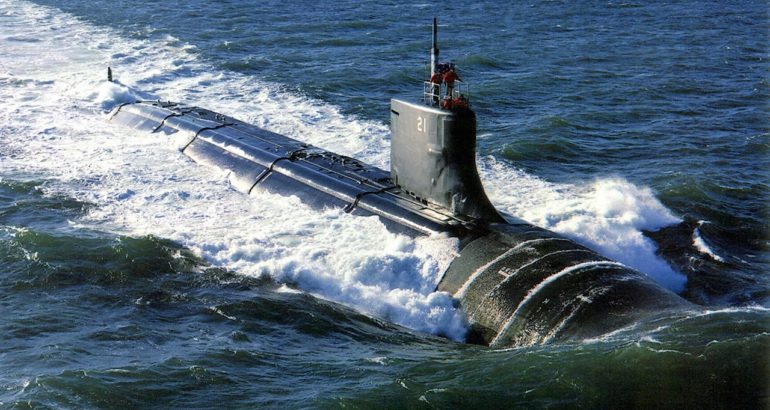 The Seawolf-class fast-attack submarine USS Seawolf (SSN 21) is operating in the U.S. 6th Fleet area of operations and conducted a brief stop for personnel in the vicinity of Tromso, Norway, Aug. 21, 2020.

The Pacific-based submarine is operating in U.S. 6th Fleet under the command and control of Commander, Submarine Group 8 and Commander, Task Force 69 to compliment the undersea warfare capabilities of U.S. Naval Forces Europe.

“USS Seawolf’s deployment from Bangor, Washington, to the U.S. 6th Fleet demonstrates the Submarine Force’s global reach and commitment to provide persistent and clandestine undersea forces worldwide to execute our unique missions with unrivaled readiness. Our undersea warriors are the best in the world in submarine warfare and are equipped with unmatched capabilities designed to enhance our Navy and multiply the Joint Force’s effectiveness in competition and conflict.”

These submarines are exceptionally quiet, fast, well-armed, and equipped with advanced sensors. Though this class of submarines lacks vertical launch systems, it is armed with eight torpedo tubes and can hold up to 50 weapons in its torpedo room.

Seawolf was commissioned in 1997 and is the lead submarine of its class. USS Connecticut (SSN 22) and USS Jimmy Carter (SSN 23) comprise the rest of the class.

Seawolf, based out of Naval Base Kitsap in Washington, is conducting maritime operations in the U.S. 6th Fleet area of operations in support of U.S. national security interests in Europe and Africa.

U.S. 6th Fleet, headquartered in Naples, Italy, conducts the full spectrum of joint and naval operations, often in concert with allied and interagency partners, in order to advance U.S. national interests and security and stability in Europe and Africa.