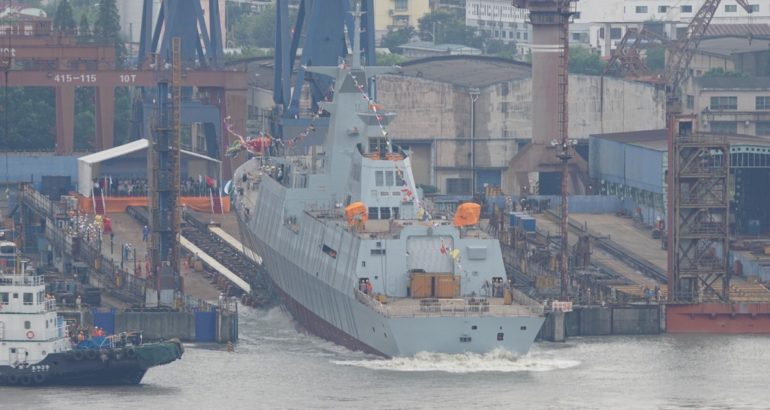 China's Hudong Zhonghua launched the first Type 054 A/P Frigate for Pakistan Navy today. This is the first of four vessels on order by Pakistan.

Pakistan signed a first contract for the delivery two Type 054 A/P frigates in 2017. An additional contract for two more ships was announced in June 2018. The keel laying for the second vessel took place in March this year. Steel cutting for the final two ships took place in November last year. All four units are set to be built in China and delivered to the customer by 2021.

According to the Pakistan Navy, the Type-054 A/P ships are state of the art frigates equipped with modern surface, subsurface and anti air weapons and sensors. Once constructed, these ships will be the most technologically advanced platforms of Pakistan Navy which will strengthen its capability to meet future challenges and maintain peace, stability & power equilibrium in the Indian Ocean Region.

For the record, the same shipyard located near Shanghai recently built two Type 075 LHDs for the Chinese Navy (PLAN) and a third one is rumored to be on the way. Hudong-Zhonghua is also currently building a Type 071E LPD for Thailand.