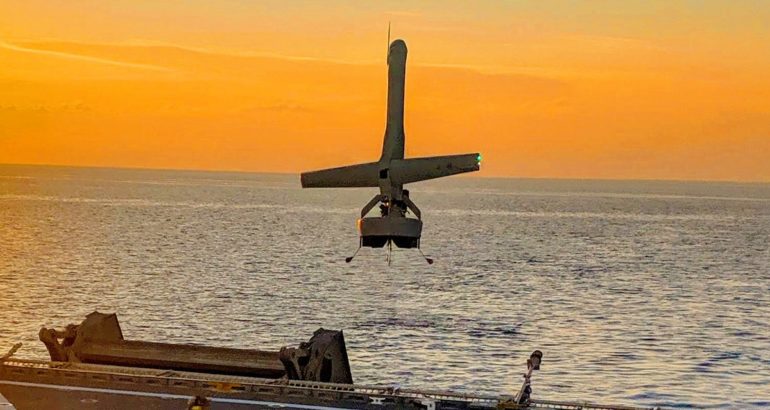 Martin UAV, in collaboration with the Coast Guard Research and Development Center (RDC), began a contractor-owned, contractor-operated deployment on-board a Coast Guard cutter in the SOUTHCOM area of responsibility on Aug. 13-14, 2020.

The project, which is utilizing the Martin UAV V-BAT, is part of an effort to assess how Vertical Take-off and Landing (VTOL) medium-range UAS capabilities might be used to support Coast Guard operations, including Beyond Visual Line of Sight operations.

The patrol data also can be used to refine a concept of operations and requirements for installing and integrating VTOL UAS across current and future Coast Guard cutter classes. This is the first evaluation of a VTOL medium-range UAS during a Coast Guard patrol.

“UAS technology has already proven to be a gamechanger for the Coast Guard. It impacts timelines for obtaining a statement of no objection for boarding vessels, provides situational awareness for boarding crews prior to embarking on targets of interest and provides a better covert means for tracking targets of interest, resulting in enhanced maritime domain awareness and mission execution. The VTOL system takes things a step further by reducing the footprint of the UAS for future Coast Guard cutter employment,” Dunn said.

Martin UAV is a private, advanced technology company based in Plano, TX. The company specializes in building wholly-unique, unmanned aircraft systems and associated flight control software. The company’s systems are commercially developed to fill critical operational needs in tactical & confined operational environments. Its V-BAT series aircraft is the only single-engine ducted fan VTOL that has the ability to launch & recover from a hover, fly 8+ hours in horizontal flight, and make mid-flight transitions to “hover & stare” at any time throughout a given mission set.