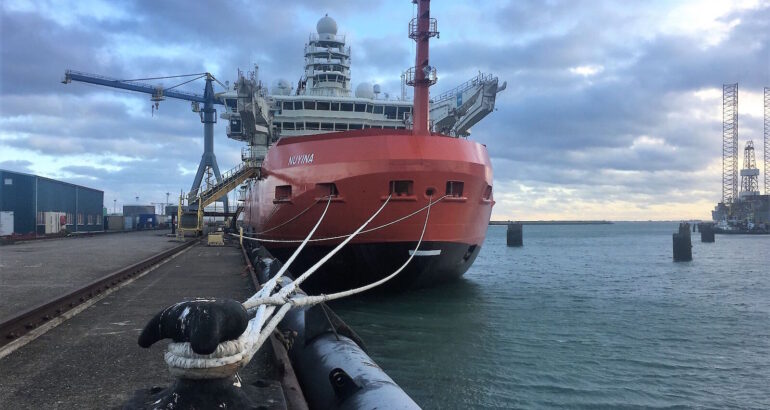 RSV Nuyina tied up at Damen Shipyards in Vlissingen in the Netherlands (Credit: Jono Reeve)

New Antarctic icebreaker RSV Nuyina will shortly be ready for sea trials, with progress on the internal fit-out and systems testing of the ship almost complete, despite the COVID-19 pandemic.

The ship was moved in August from Damen’s Romanian shipyard to its current location in Vlissingen in the Netherlands, to enable equipment manufacturers to check and test the installation of its complex systems.

After a month long journey of nearly 7000 kilometres, RSV Nuyina arrived in the Netherlands in late August for the final stages of its testing and commissioning. The ship will be ready for sea trials in a few weeks, followed by sea ice trials in the Arctic in late January.

Nuyina is expected to arrive in Hobart mid-2021. For this season, the Australian Antarctic Division has chartered MPV Everest to undertake station resupply and expeditioner transport. Everest will be quarantined in Hobart when it arrives in December, and is scheduled to undertake three voyages south.

Construction of the ship at Damen Shipyards in Romania commenced in May 2017, with a steel cutting ceremony, while a keel laying ceremony in August saw the first building-block of the ship consolidated in the drydock. In September 2018 the ship was floated from the dry dock to the wet dock, for the next phase of construction.

The ship is slightly smaller than HNLMS Karel Doorman, but comparable in terms of steel weight. The icebreaker is intended for the Australian Antarctic Division (AAD). This government agency aims to promote Australia’s scientific, strategic and ecological interests in the Southern Ocean and Antarctica. To this end, the ship will accommodate 116 scientists, plus 32 crew members. In addition to scientific research, the vessel will also be used to supply the permanent research stations in Antarctica and Macquarie Island. Should the ship get stuck in the ice, supplies will be on board to ensure survival for six months. 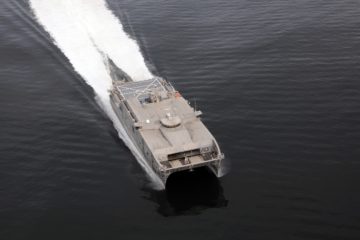 Naval News Staff 27 Jan 2022
Austal USA laid the keel of the future USNS Cody (EPF 14) with a ceremony held in the facilities in Mobile, Alabama on 27 January. 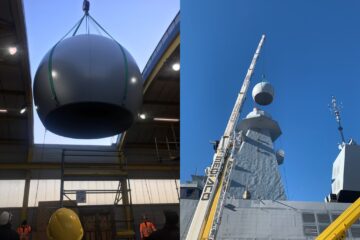 Naval News Staff 27 Jan 2022
The Italian Navy and Air Force assets participate in the NATO-led Neptune Strike 2022 from 24 Jan to 7 Feb 2022 in the central Mediterranean.