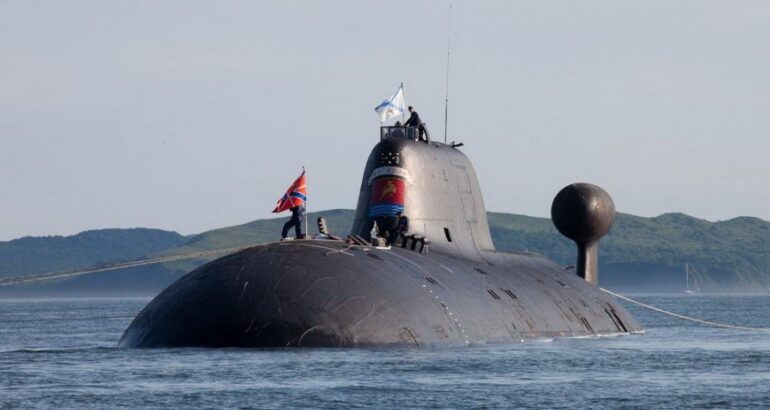 Russian Akula-class Submarine ‘Magadan’ to be Operational Again in 2022

The Project 971 (Akula-class) nuclear-powered attack submarine (SSN) K-331 "Magadan" will be operational again a year earlier than planned — in early 2022 rather than in 2023. It will be both overhauled and upgraded. The set of armaments will be renewed. The SSN has stood idle at a shipyard for seven years awaiting an overhaul, the Izvestia daily writes.

Sources in the Defense Ministry said the military are finalizing a new overhaul schedule of the Magadan K-331. The previous contract had to return the submarine back into operation by late 2022. The schedule has been amended and the SSN has to begin trials in late 2021 — early 2022.

Project 971 SSN is a third-generation submarine. The first of them became operational in mid-1980s. The submarines operate in the Northern and Pacific fleets. They received their current names in post-Soviet period. They were marked with letters and digits before. The SSN in the Pacific fleet are named after cities and sea animals. The subs of the Northern fleet have the names of the first submarines of the imperial fleet — the Pantera, the Gepard, the Tiger, the Volk, the Vepr and the Leopard.

“A series of diesel-electric submarines of project 636.3 is being built. One of them is called the Magadan. Therefore, K-331 may change the name after the overhaul,” expert Dmitry Boltenkov said.

He believes project 971 subs are not outdated:

“They are good SSN of the third-generation like US Los Angeles-class subs. They were launched in early 1990s when the Navy remained without financing. Therefore, most SSN of the series are in a protracted overhaul,”

Project 971 has big room for improvement, former nuclear submarine commander Captain 1st rank Igor Kurdin said. “The solid hull can operate for decades. New weapons, controls, acoustics will make the submarines operate for a long time. Today we build project 885M submarines, but the construction is slow. However, we need them to monitor strategic adversary submarines. The Yasen-class subs are insufficient. It is necessary to overhaul and upgrade project 971 SSN,” he said.

The submarines are effective and noiseless with good detecting capabilities. They excellently performed. “In 1990s they ensured Russian presence in the Pacific and Arctic Oceans. Current head of the main underwater research department of the Defense Ministry Vice Admiral Alexey Burilichev received the Hero of Russian title when he was in command of the Volk K-461 of project 971U. In 1996 he detected a US SSBN and tracked it for a long time,” he said.

Project 971 submarines played an important role in the developments of the past decades. In 1996, the Volk monitored NATO submarines, including US Los Angeles-class U-boat, at the coast of Yugoslavia. In 2012, a SSN of the class appeared in the Gulf of Mexico and made much ado in foreign media. The Americans did not expect to see Russian subs in the waters.

The Nerpa submarine of the project was upgraded in 2012 and leased to the Indian Navy which still operates it as the Chakra, the Izvestia said.