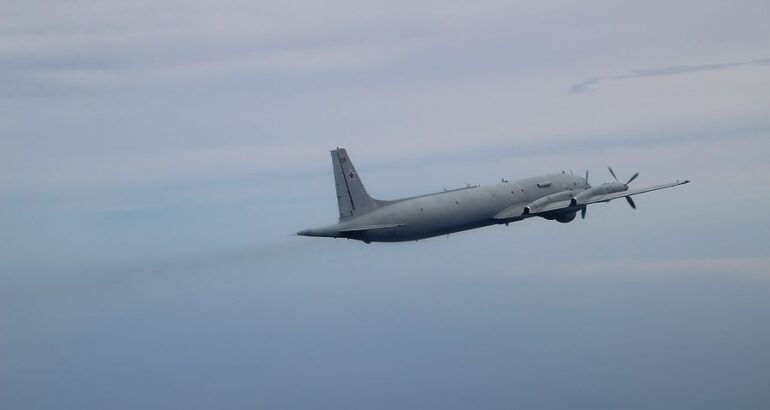 “Under the exercise’s scenario, the Il-38 antisubmarine warfare planes are flying above the Sea of Japan. The pilots are practicing flying along the assigned route above an unmarked area and cohesion during flights without ground-based radio navigation aids. They are also searching for, classifying and tracking the simulated enemy’s submarines with the use of radars and sonars,”

During the exercise, two Il-38 antisubmarine warfare planes trained mine laying in the Peter the Great Gulf. The aircraft headed for the assigned point at the same time and dropped mines, observing the set interval and distance.

During the exercise, an Il-38 ASW plane successfully attacked surface targets with P-50T bombs in Anna Bay in the Primorye Territory.

H I Sutton 10 Jun 2022
A dramatic video, from Russian sources, shows a Ukrainian warship under attack from artillery. At ...