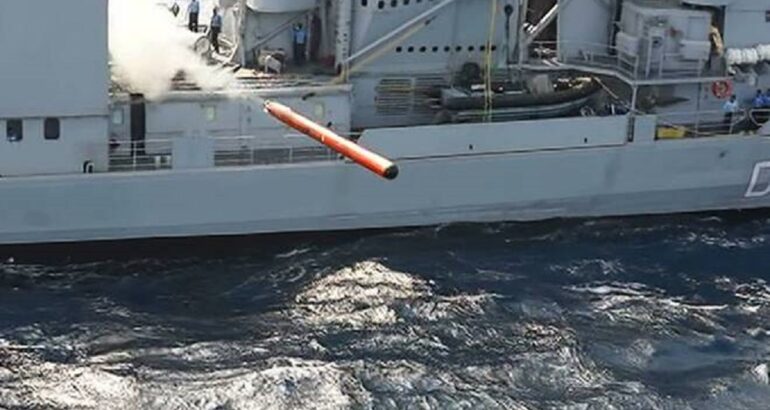 The first production torpedo left the BDL factory on 21 November 2020. The Varunastra was developed by Naval Science and Technological Laboratory (NSTL) of the Defence Research and Development Organisation (DRDO) for the Indian Navy.

The Varunastra (Sanskrit वरुणास्त्र) is the water weapon (a storm) according to the Indian scriptures, incepted by Varuna, god of hydrosphere. In stories, it is said to assume any weapon’s shape, just like water. Upon usage, it brings large volume of water which washes away large part of infantry.

BDL obtained a DRDO license to manufacture Varunastra in April 2018. In June 2019, the Indian Ministry of Defence awarded a contract worth ₹1,187 crore (US$170 million) to the company to mass produce the torpedo for the Indian Navy.

Varunastra is ship launched, heavy weight, electrically-propelled anti-submarine torpedo capable of targeting quiet submarines, both in deep and shallow waters in an intense countermeasures environment. Varunastra can be fired from all ASW ships capable of firing heavy weight torpedoes.

The torpedo is powered by an electric propulsion system with multiple 250 KWs Silver Oxide Zinc (AgOZn) batteries. It has a maximum speed of 40 knots, a range of 21.6 nautical miles and can dive to 400 meters. Like most modern torpedoes, it is wire-guided with active-passive acoustic homing. According to local media reports, it features GPS guidance as well.