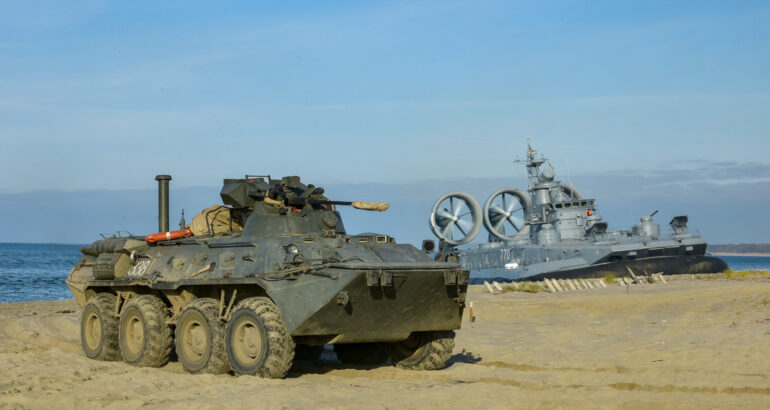 “During the exercise, the ships fired 30mm AK-630 automatic guns against surface and aerial targets. Besides, they trained over-the-beach landing. The over-the-beach landing operation involved a unit of an amphibious assault company of Baltic Fleet Marine forces and 10 BTR-82A armored personnel carriers,”

The Project 12322 ship is designed for loading Marines with their combat gear from a rough or prepared beach, carrying them by sea, landing them on a beachhead and providing fire support. The air cushion’s design features allow the ship to move across the beach, bypass small obstacles (ditches and trenches) and minefields, move in swamp areas and land Marines in the enemy’s tactical depth. About 70% of the world’s coastlines are suitable for the craft to conduct amphibious landing operations.