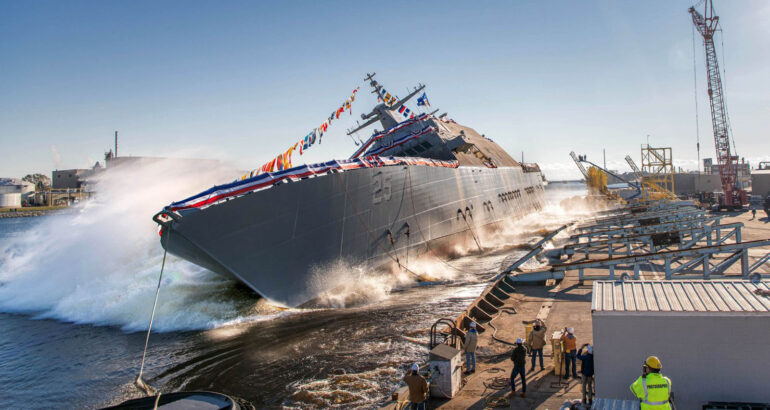 Named for the city in which it is being built, Marinette will become only the second Navy ship named in the city’s honor and the first commissioned ship. The first Marinette (YTB-79), a Natick-class large harbor tug, entered service in 1967 and  operated  in the Fifth Naval District headquartered in Norfolk, Virginia.

The littoral combat ship (LCS) class consists of the Freedom variant and Independence variant, designed and built by two industry teams. Lockheed Martin leads the production of the Freedom-variant.

LCS is a highly maneuverable, lethal and adaptable ship designed to support focused mine countermeasures, anti-submarine and surface warfare missions. The Freedom-variant LCS integrates new technology and capability to support current and future mission capability, from deep water to the littorals.