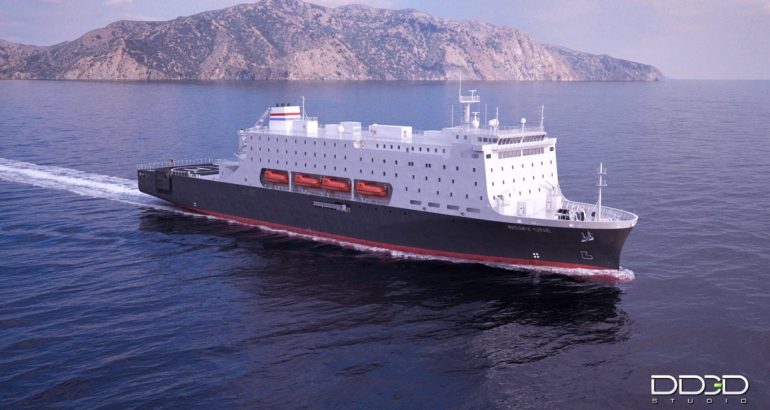 TOTE Services and Philly Shipyard on December 15 began a new era in maritime education with the cutting of steel for the new National Security Multi-Mission Vessel (NSMV) at Philly Shipyard.

This is the initial major construction milestone for the first purpose-built, state-of-the-art training vessel for America’s state maritime academies. In addition to providing world-class training for America’s future mariners, the NSMV will be available to support humanitarian assistance and disaster relief missions.

“This new state-of-the-art modern school training ship will be a tremendous addition to the U. S. Flag fleet, be available to respond to disaster relief efforts, and support about 1,200 jobs in Philly Shipyard,” said U.S. Secretary of Transportation Elaine L. Chao.

Construction of the NSMV will help recapitalize our nation’s maritime training fleet, strengthen America’s industrial base and directly support more than 1,200 shipyard jobs in Philadelphia, Pennsylvania.

“For more than a decade, MARAD has been working to make the NSMV a reality for America’s state maritime academy cadets who deserve state-of-the-art training ships,” added MARAD Administrator Mark H. Buzby. “Thanks to the strong bipartisan support that the NSMV has received in Congress and the leadership of Secretary Chao, this program will further advance excellence in American maritime education and reignite the jobs engine that is America’s shipyards.”

In May 2019, MARAD awarded TOTE Services an industry leader in ship management, marine operations and vessel services, a contract to be the Vessel Construction Manager (VCM) for the NSMV program. This contract is an innovative approach to federal shipbuilding where the government benefits from commercial best practices for ship design and construction.

In April 2020, TOTE Services awarded Philly Shipyard, Inc., a leading shipyard in the United States, a contract to construct up to five NSMVs.

“TOTE Services is proud to have been awarded a contract by MARAD to be the vessel construction manager for this new, state-of-the-art training ship that will help provide qualified officers to support the domestic maritime industry,”

“Each of us at TOTE Services is thrilled to be part of this historic investment in the U.S. maritime industry, and are working closely with MARAD and Philly Shipyard to advance this new class of vessel built by union labor in a U.S. shipyard with U.S.-made steel and U.S.-made engines.”

TOTE Services is working with its design partners – Glosten, Inc., Philly Shipyard, and Philly Shipyard’s subcontractors, including the design team at DSEC – to deliver the first NSMV in early 2023.

Steinar Nerbovik, Philly Shipyard President and CEO said: “This is a tremendous honor and recognition of our history of building high quality ships over the last 17 years.  This project begins a new chapter in our history, a new customer and the first in series, which is a challenge we are eager to meet.  I am confident that our workforce will deliver ships that the state academy cadets will be proud to sail for many years to come.“

The NSMV program is an important investment in the U.S. shipbuilding industry, which supports nearly 400,000 American jobs.

As part of the contract, Philly Shipyard will be working with domestic mills to supply steel for the vessels and U.S. manufacturers to provide key ship equipment, including GE Wabtec, a part of GE Transportation, which is manufacturing the engines and generators, GE Transportation for the main generator engine, Cummins USA for the emergency generator set, and Bronswerk for the air conditioning systems.

The NSMV will feature numerous instructional spaces, a full training bridge, and have space for up to 600 cadets to train in a first-rate maritime academic environment at sea. State maritime academies graduate more than half of all new officers each year—the merchant mariners who help keep cargoes and our economy moving. Many also support U.S. national security by crewing military sealift vessels.

In addition to being a state-of-the-art training and educational platform, the NSMV is a highly-functional national asset designed to fulfill numerous roles. Each ship will feature modern hospital facilities, a helicopter pad, and the ability to accommodate up to 1,000 people in times of humanitarian need. Adding to the NSMV’s capability, it will provide needed roll-on/roll-off and container storage capacity for use during disaster relief missions.

Xavier Vavasseur 26 Aug 2021
The United States' State Department approved a possible Foreign Military Sale (FMS) to Australia of Defense Services Related to Future SM-6 and SM-2 Production and related equipment for an estimated cost of $350 million. This is in relation to Australia's Project Sea 1300 Phase 1. 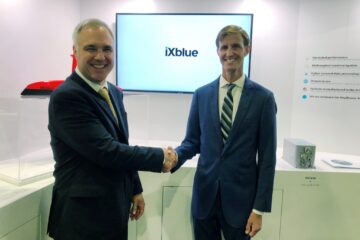 iXblue Announces Strategic Partnership To Strengthen Its Presence In The U.S.