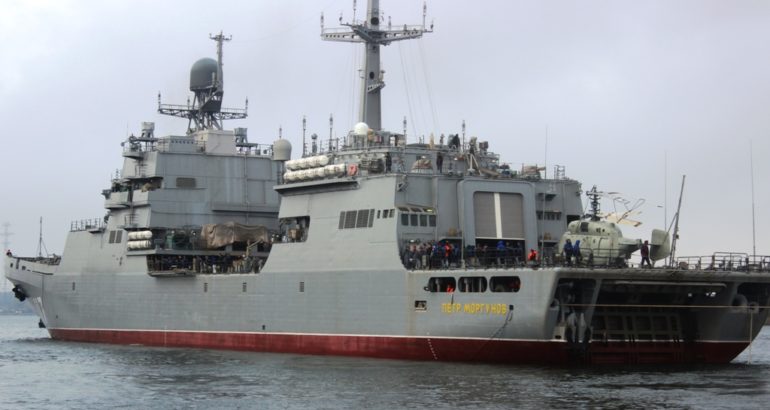 Russian Navy to take delivery of four vessels by year-end

“In December, the Navy will receive the Petr Morgunov big amphibious assault ship, the Aldar Tsydenzhapov corvette, the Yakov Balyaev minesweeper. The Gremyashchy corvette is also planned,” he said.

Batch construction of Borey-A-class SSBN of project 955A and Yasen-M-class SSGN of project 885M is ongoing, as well as of diesel-electric submarines of project 636.3 for the Pacific fleet and frigates and corvettes.

The Admiralty Shipyard is building the Ivan Papanin ice-class patrol ship of project 23550. The Yevpaty Kolovrat icebreaker of project 21180M built by Almaz Shipyard will join the Navy in 2022.

“The first years of operation by the Northern fleet of the Ilya Muromets icebreaker provided positive experience. It confirmed the projected characteristics. In October-November, the icebreaker operated along the Northern Sea Route. The same concerns the Elbrus supply vessel. The ice-class vessel can properly supply the Arctic force. Much attention is paid to the arming of marines and coastal forces and the development of landing means of the Navy. “In particular, modern command-staff vehicles will provide for automatic control. New tactical communication and reconnaissance means are developed for marines. Additional combat provision units are created, including EW, drone and tank units,”

A new simulator was launched several days ago in the naval aviation training center in Yeisk. There are six specialized classrooms with dynamic simulators of Ka-27M, Ka-29 and Ka-52K helicopters, as well as a Su-30SM simulator with artificial intelligence elements.

“The main 2021 events include Zapad exercise and the Navy parade, as well as expeditions and research. The Northern fleet and the Pacific fleet will hold major exercises in the distant sea zone”, Yevmenov said.