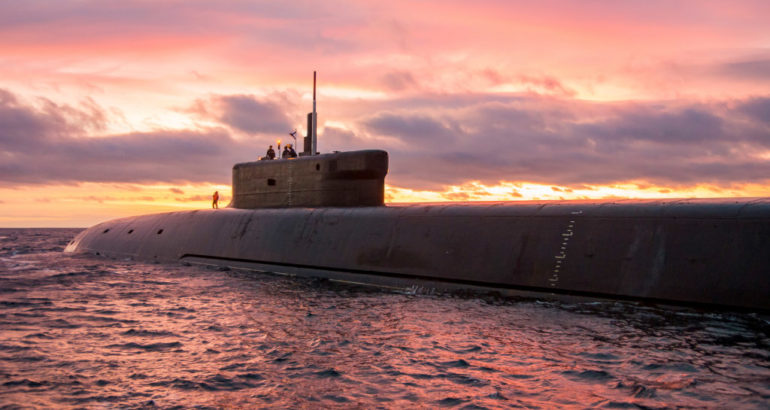 The Russian shipbuilding industry properly performed in 2020 and supplied eight warships and two submarines to the Navy. In 2019, which was free of coronavirus problems, the Navy received six warships and one submarine, Mil.Press FlotProm writes.

The Gremyashchy, the Admiral Kasatonov, the Petr Morgunov and the Knyaz Vladimir had to be commissioned earlier. The lead Borey-A-class SSBN of project 955A was laid by Sevmash Shipyard in 2012 and had to join the Navy in 2017, but it was only floated by the time. The construction then had to be completed in 2019 and was postponed again. The corvette, frigate and the amphibious assault ship began trials in 2019, which continued in 2020.

The Odintsovo corvette was also delayed. It is the first Karakurt-class warship of project 22800 armed with Pantsir-M. It was laid as the Shkval by Pella Shipyard in July 2016 and floated in May 2018. It had to become operational in 2019. The construction of project 22800 was delayed by the absence of diesel engines. Only five out of ten corvettes joined the Navy as scheduled.

There was a trend in 2018 that an unsuccessful year in warship construction was followed by a more successful one, as delayed warships were finalized.

Some warships were delayed in 2020. The commissioning of the Kazan Yasen-M-class SSGN of project 885M was postponed to 2021. It had to join the Navy in 2018. It is the lead upgraded submarine, and CEO of the United Shipbuilding Corporation Alexey Rakhmanov said the trials exposed drawbacks which had to be rectified. These were characteristic problems for any lead project in the world. However, the Kazan was laid in 2009 and the construction took 11 years. The Novosibirsk next submarine of project 885M has to be commissioned in 2021.

The Knyaz Oleg first serial upgraded Borey-A-class submarine has not been commissioned so far, although Rakhmanov said in June it would join the Navy in December.

Media said in December the commissioning of the Belgorod submarine of project 09852, first carrier of Poseidon underwater unmanned craft, was postponed till 2021. The Northern fleet planned to receive it in 2018, but it was rolled out of the slipway in 2019.

The delayed orders are likely to join 2021 supplies and make the year as successful as 2020. However, the Ivan Papanin ice-class patrol ship of project 23550 laid in April 2017 will join the Navy only in 2023.

The construction of the Akademik Makeev sea transport of project 20181 laid by Zvyozdochka in Severodvinsk is dragging. It had to be floated in 2020 and commissioned in 2021. However, sources said it may be floated only in 2023.

It is unclear whether the Admiralty Shipyard will hand over to the Navy the Kronshtadt and the Velikie Luki Lada-class diesel-electric submarines of project 677 by the end of 2021.

However, it would be unjust to ignore positive trends. Shipyards are rhythmically supplying project 22160, 21631 (Buyan-class) and 22800 corvettes.

Amur Shipyard is likely reviving from a long crisis and has mastered the production of project 20380 corvettes. In December, it received a new contract from the Defense Ministry for another two warships and four corvettes of upgraded project 20385. Sredne-Nevsky Shipyard continues to build a series of Alexandrite-class minesweepers of project 12700. Director General Vladimir Seredokho said the shipyard would in future produce three minesweepers a year, Mil.Press FlotProm said.