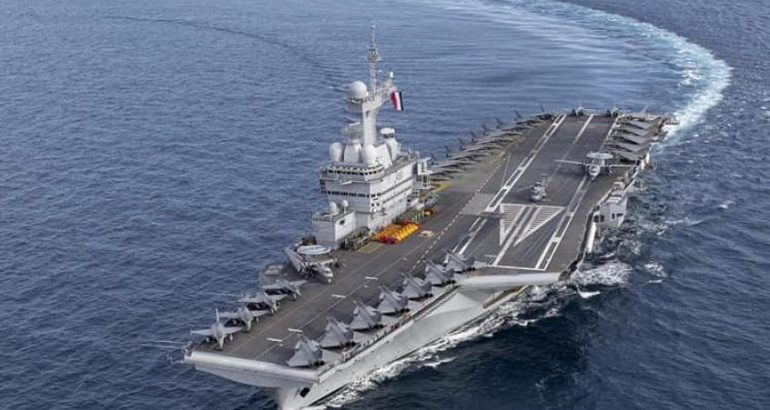 The French Navy Carrier Strike Group (CSG) will soon be back at sea to support France’s fight against Daesh in Iraq and Syria. The French Ministry of Armed Forces currently deploys around 900 soldiers in the area as part of the Operation Chammal.

Talking to the Defense Committee of the National Assembly earlier this week, the French Armed Forces Minister, Florence Parly, said:

“The next mission of the Charles de Gaulle aircraft carrier will be to strengthen our presence, as part of Operation Chammal. The Carrier Strike Group will thus deploy in the first half of 2021 in the Mediterranean and the Indian Ocean. This commitment demonstrates, should it be necessary, our willingness to fight terrorism on an ongoing basis,”

The CSG regulary joins the Operation Chammal. In January 2020, the French Navy launched the Mission Foch, a three-months deployment which took the CSG, first, to the eastern Mediterranean to support the French forces and then switched to the Northern Atlantic zone. It did the same back in 2019 as part of Mission Clemenceau.

As Naval News reported in December 2020, the Belgian Navy’s Karel Doorman-class frigate Leopold 1er (F930) will once again escort the French Navy’ CSG. The CSG will form a multinational task force that will be deployed « in the Mediterranean Sea, in the Indian Ocean and in the Arabian Gulf », the Belgian Defense Ministry Ludivin Dedonder said to the Parliament National Defense Committee.