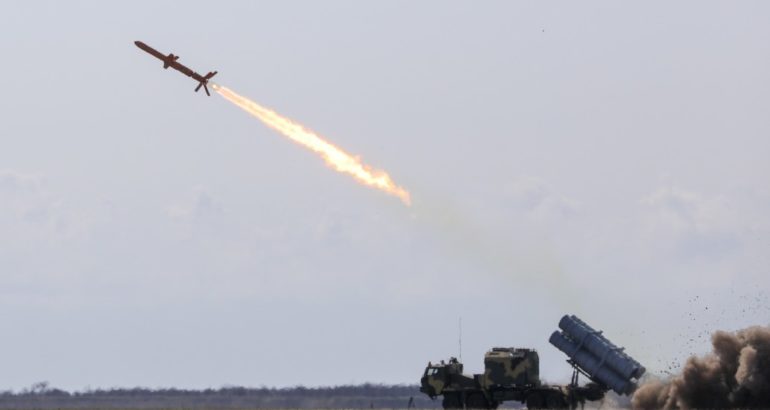 Ukraine's Ministry of Defense and LUCH Design Bureau on December 30 signed a contract for the delivery of a first batch of RK-360MT Neptune mobile anti-ship missiles. First deliveries will take place in 2021.

According to the contract, the Ukrainian MoD will receive enough missiles and command and control, mobile launcher, reloader and transport vehicles to equip a first division. The Neptune missile system was formally adopted by the Ukrainian Armed Forces on August 23, 2020.

Neptune anti-ship system is equipped with cruise missiles capable of reaching target at distance of up to 300 km. The rocket is powered by starting and main engines. The first is a modified solid propellant launch accelerator coming from the S-125 Pechora anti-aircraft missile. The MS-400 main turbojet engine is manufactured in Ukraine by Motor Sich.

The homing head for the missile, “which has ultra-high viewing angles and is able to detect and capture the target at a distance of up to 50 km“, was developed by the Ukrainian company Radionics.

The specialized blog BMPD points out that one complete Neptune division should normally include six USPU-360 launchers with 24 anti-ship missiles, and the corresponding number (six of each) of reloader vehicles (TZM-360) and transport vehicles (TM-360). Theoretically, one division should then be armed with 72 R-360 anti-ship missiles (four missiles on each of the six vehicles – USPU-360, TZM-360 and TM-360).