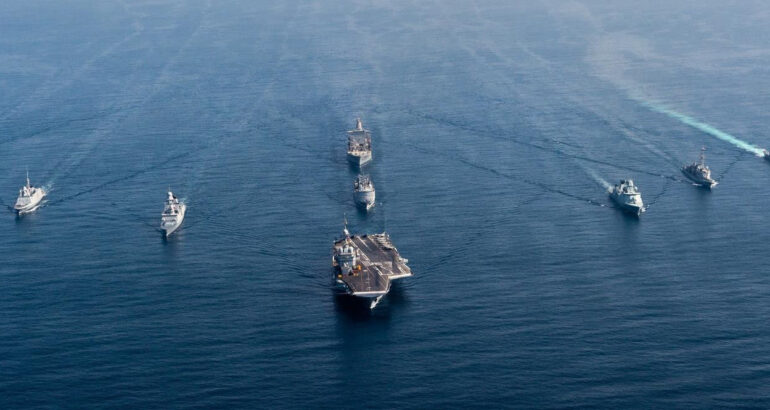 On March 31, 2021, at the request of the United States, France took command of TF 50 during its presence in the Gulf, for the second time (the first time in December 2015). The Charles de Gaulle CSG is made up of the Multi-Mission Frigate Provence, the Air Defense Frigate Chevalier Paul, the Command and Supply Vessel Var and the Belgian frigate Léopold 1er. It will ensure all the prerogatives generally attributed to an American combat group, including the naval air force of the Inherent Resolve Coalition to fight Daesh in the Gulf.

France has been cooperating for many years with the United States in the fight against terrorism, in the Sahel as in the Levant. This cooperation confirms the recognition by the United States of the value and operational credibility of the French military.

As mentioned, it is the second time since December 2015 that aircraft carrier Charles de Gaulle becomes the flagship of Task Force 50. French Navy vessels regularly join this task force too (Forbin, Jean Bart and Auvergne in 2017).

Charles de Gaulle CSG will likely be in charge of CTF 50 until IKE CSG (with U.S. Navy aircraft carrier USS Dwight D.Eisenhower) takes over later in April. IKE is likely running late on schedule, following the Ever Given incident in the Suez canal.

For the record, the French CSG set sail on Sunday 21 February for a long operational deployment named “Clemenceau 21”. The CSG is set to be back in Toulon in June.