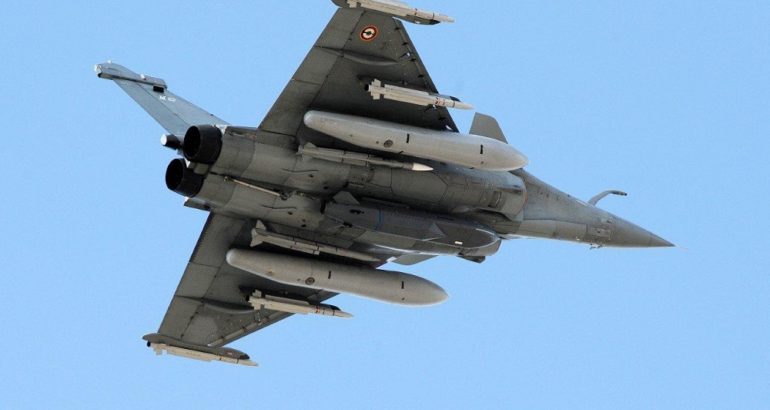 The Rafale M F3R during the evaluation campaign with the French Navy. (Picture: French Navy)

According to the French ministry of armed forces, full operational service for the new aircraft was decided by the chiefs of staffs of each service (Navy and Air Force) on 8 March 2021.

The decision comes after the development and implementation within the two services of tactics that take full advantage of the new capabilities of the omni-role aircraft enabled by the F3-R standard, in particular those provided by the METEOR long-range air-to-air missile and the TALIOS laser target designator.

The combination of the RBE2 AESA radar and the METEOR long-range missile provides air superiority to the Rafale, whether for all-weather deep strike missions, close air support or the destruction of targets of opportunity.

This new version of the Rafale will continue to carry the ASMP-A supersonic nuclear missile for airborne nuclear deterrence missions.

The Rafale F-3R can now use the TALIOS high-resolution laser designation pod, capable of imaging in both the visible and infrared range. The pod provides greatly improved capabilities for intelligence, acquisition, tracking and target designation missions. In particular, the Rafale will have new, more effective tracking capabilities for fixed or moving targets, an automatic detection capability for moving targets and a new, user-friendly, man-machine interface.

It will also be safer thanks to an Automatic Ground Collision Avoidance System (AGCAS). This is a last resort protection function designed to prevent the risk of collision with the ground.

From 2022, the Rafale will have even more capabilities with the F4 standard. These include innovative connectivity solutions to optimize networked combat, improved radar and front-end optronic sensors, a helmet mounted integrated targeting (HMIT) and new integrated weapons such as the Mica NG air-to-air missile and the modular 1,000 kg air-to-ground weapon.

The French Navy (Marine Nationale) took delivery of its first Dassault Rafale M fighter upgraded to the F-3R standard in December 2018. The first unit to deploy the new Rafale M standard is the “Flotille 11F” squadron. It began operational service flying over Syria from the aircraft carrier Charles de Gaulle on January 29, 2020.