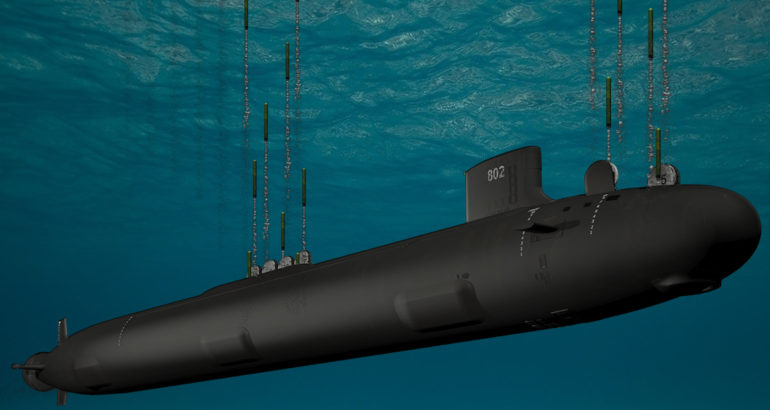 The Block V Virginia-class submarines will to provide expanded capacity and advanced capabilities to the US Navy fleet (Credit : GD EB)

Huntington Ingalls Industries on March 29 announced that the shipbuilding team, which includes its Newport News Shipbuilding division, has been awarded a contract modification in support of construction of the 10th Virginia-class Block V submarine - Naval News.

In December 2019, Newport News and teaming partner General Dynamics Electric Boat received a $22 billion contract to build nine Virginia-class submarines. The contract modification, which exercises an option for the last fast-attack submarine of the block, brings the total value of the contract for Newport News to $9.8 billion.

“We are pleased that Congress supported the restoration of funding for the 10th Virginia-class boat in Block V,” said Jason Ward, Newport News’ vice president of Virginia-class submarine construction. “We look forward to building and delivering the final boat of the block that maintains production at two submarines per year and continues to stabilize the industrial base.”

In total, Newport News and Electric Boat have built and delivered 19 Virginia-class submarines. Construction on the 10th submarine of the Block V is expected to begin in early 2024.

Virginia-class submarines incorporate dozens of new technologies and innovations that increase firepower, maneuverability and stealth and significantly enhance their warfighting capabilities. These submarines are capable of supporting multiple mission packages and can operate at submerged speeds of more than 25 knots for months at a time.

Block V will include submarines with the Virginia Payload Module (VPM), which comprises four additional large-diameter payload tubes in a new hull section inserted amidships. Extending the hull by 84 feet, the VPM will boost strike capacity by more than 230 percent per ship and enable distribution of strike assets, giving theater commanders greater discretion in staging payloads.