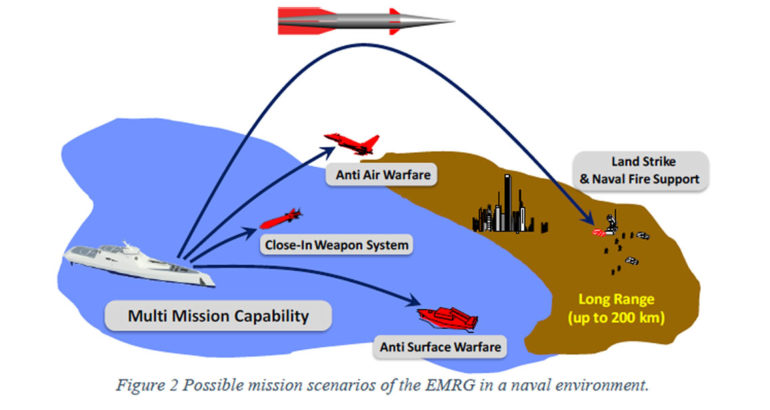 The implementation of PILUM, a project selected under the 2019 call for proposals for the EU Preparatory Action on Defence Research (PADR) managed by EDA, was officially launched at an online kick-off meeting on 23 April 2021.

PILUM is an electromagnetic railgun project for artillery applications which can reach standoff distances up to 200 km.

The main objective of PILUM is to investigate, both theoretically and experimentally, the feasibility of the electromagnetic railgun (EMRG) and its hypervelocity projectiles. The project will address critical scientific and technological gaps and will provide a first proof-of-concept of the electromagnetic railgun as a long-range artillery system.

The PILUM consortium is led by the French-German Research Institute of Saint-Louis (ISL) and encompasses renown RTOs, system integrators, global players in defence systems and SMEs from France, Germany, Poland and Belgium. The project has a duration of 24 months. More information on the consortium can be found on the PILUM project page.

Being part of the PADR programme, PILUM outcomes shall support the European Commission, EDA and Member States for the preparation of the Research Dimension of the European Defence Fund. The project is also closely linked to the activities conducted under EDA’s Capability Technology Groups (CapTech Missiles and Munitions and CapTech Components)

The PADR implementation is run by EDA following the mandate via a Delegation Agreement between the European Commission and EDA signed on 31 May 2017. By this agreement the Commission entrusts EDA with the management and implementation of the research projects launched within the PADR.

The PILUM (Projectiles for Increased Long-range effects Using Electro-Magnetic railgun) project was launched in May 2020. The PILUM Project will cover a period of two years in order to show the feasibility to construct such an electromagnetic railgun for artillery applications which can reach standoff distances up to 200 km. Electromagnetic railguns are launchers using very high electrical energy by using the Lorentz force to obtain significantly higher initial velocities than those of chemical guns.

The consortium brings together nine partners from five European countries, each with its own industrial, technological and advanced scientific expertise: