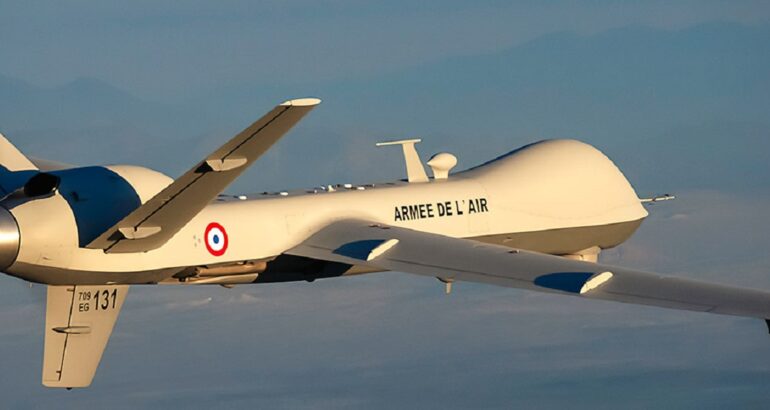 Planned and conducted by the Air Defense and Air Operations Command (CDAOA), a Reaper drone flight was carried out from the 709 air base in Cognac. Remotely piloted from France and controlled in real time from the CDAOA in Lyon, this drone flew in dedicated air corridors as far as the central Mediterranean. This flight reaffirms the commitment of France and its allies to respect international law in the region.

The Reaper’s flight autonomy and sensor performance make it an asset for the Irini operation. This mission allows to consider a high level of surveillance, especially if the Reaper is flown in combination with an AWACS, two perfectly complementary vectors. The data collected on maritime and air traffic in the area is transmitted to the operation’s leaders, be it national or allied.

This flight allows us to answer many technical and operational questions, in order to consider, if necessary, this kind of mission in other operational environments. It is a demonstration of our ability to act with our European partners.

The European Council formaly launched Operation EUNAVFOR MED IRINI on 1 April 2020. At this time, a German submarine is taking part in the operation as well as the German replenishment vesse “Berlin” and the Italian Navy’s amphibous assault ship “San Giorgio”.