The point defense missile systems (PDMS) developed by Turkey's two leading defense companies, Aselsan and Roketsan, were on display at the International Defense Exhibition and Fair (IDEF 21) in Istanbul, which took place between August 17 and 20.

Roketsan unveiled its "Levent," and Aselsan introduced the "Gokdeniz ER," a missile-equipped variant of its Gokdeniz CIWS.

The Levent is similar to the RAM PDMS system in terms of working principle and missile load, whereas the Gökdeniz ER system is closer to the SeaRAM.

During a press conference ahead of the IDEF 21 show, Roketsan’s General Manager Murat IKINCI revealed the development of the LEVENT close air defense system, which is being funded entirely by domestic resources. “The LEVENT system, which is based on our SUNGUR missile and will provide close air defense for our ships, is ready to be demonstrated in conjunction with IDEF’21,” said Mr. IKINCI.

Gokdeniz ER, the further version of the Gokdeniz close-in weapon system, was another PDMS presented during the fair. The Gökdeniz-ER will operate independently of ship sensors and systems, be armed with 11 missiles, and provide 360-degree coverage through AESA radar and electro-optical sensors.

The system will be developed independently of ROKETSAN’s Levent system, and it will be the equivalent of SeaRAM Block-2. The system will have less missiles than Levent, but the missiles will be larger. Because of the involvement of TÜBTAK-SAGE in the project, it is expected that the surface-to-air version of the Bozdogan missile, an indigenous air-to-air missile produced by TÜBTAK-SAGE, will be preferred. Nonetheless, the possibility of employing a more powerful and larger version of the SUNGUR Missiles is also being considered.

The Turkish Navy’s Ada-class corvettes are fitted with RIM-116 RAM (Rolling Airframe Missile). However, Turkey has been facing difficulties in acquiring RIM-116 missiles due to the CAATSA sanctions imposed on it by the United States. Sanctions also made it impossible to procure the RAM PDMS, initially intended to be fitted to Istanbul-class frigates. Consequently, Gökdeniz CIWS, an indigenous option, was chosen.

The implementation of these sanctions is the fundamental driver behind the PDMS programs. After completing the Levent and Gökdeniz ER projects, the Turkish Naval Forces will be presented with these close air defense systems as a cost-effective solution. These systems can also be used in the indigenous Fast Attacking Crafts within the scope of the FAC55 project. 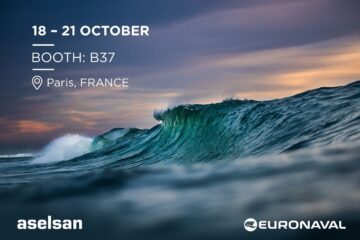