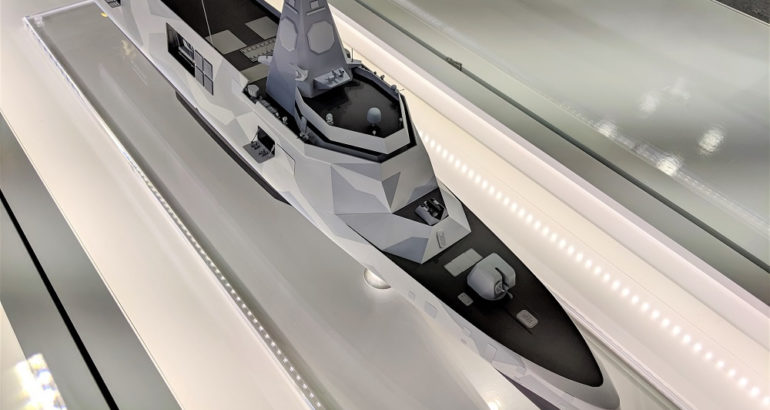 The FFX Batch-IV ships are the final batch of the FFX program. The FFX program has produced incrementally better ships with every new batch:

The FFX Batch-I program resulted in the Incheon-class frigate. A total of six ships were built by Hyundai Heavy Industries (HHI) and STX Offshore & Shipbuilding. Those were commissioned between 2011 and 2015.

The FFX Batch-II program resulted in the Daegu-class frigate. The ships incorporated new features such as the X-shaped bridge, which reduced their radar cross section. Five ships have been launched, of which three have been commissioned. HHI and Daewoo Shipbuilding & Marine Engineering (DSME) are delivering 4 ships each, for a total of 8 ships.

The FFX Batch-III ships will incorporate the newest technologies. Dubbed the Ulsan-class, the ships will use active electronically scanned array (AESA) radar. The first ship, being built by HHI, will be launched in 2023 and delivered to the Republic of Korea Navy (ROKN) in 2024. A total of six ships are planned.

FFX Batch-IV: What we know so far

According to the Ministry of National Defense, the FFX Batch-IV will introduce a domestically designed and produced engineering control system. This is expected to make the ships more suitable for export by reducing the administrative burden of getting approval from foreign governments for use of non-domestically designed technologies.

The FFX Batch-IV ships, like other ships of the FFX program, will replace the Pohang-class corvette and the Ulsan-class frigate which were commissioned with the ROK Navy during the 80s and early 90s. However, some speculate that the ships will also replace the Gwanggaeto the Great-class (KDX I) destroyers which will be decommissioned by 2030, roughly when the FFX batch-IV ships are scheduled to come into service.

The six ships of the FFX Batch-IV will have the following hull numbers; FFG 836, FFG 837, FFG 838, FFG 839, FFG 841, and FFG 842. It is likely that their displacement will be between 4,500 t and 5,000 t. Some have pointed to conceptual designs proposed by HHI, as being an indicator of what the FFX Batch-IV will look like. However, the exact specifications of the class are not yet known.