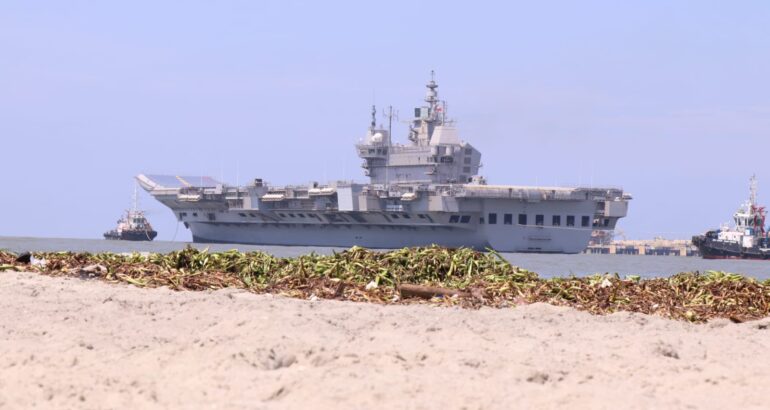 INS Vikrant started her initial sea trials two months ago, on 4 August 2021. The aircraft carrier is expected to be commissioned with the Indian Navy in August next year.

At 45,000 tons (full load) the Vikrant will be around 67% the size of China’s existing aircraft carriers, which displace around 65,000 tons. But her compact dimensions belie capabilities which are overall quite comparable to China’s first two carriers, the Liaoning (CV-16) and Shandong. And her deck area is around 85% of the size.

India has opted for the mid-sized MiG-29K Fulcrum two-seat carrier-borne fighter for the initial airwing. Down the road, the Indian Navy is looking at a more modern fighter to replace the Fulcrums. The main contender is the Hal TEDBF (Twin Engine Deck Based Fighter). This compact canard design is hoped to fly in 5 years time. In the meantime the Indian Navy may order a smaller number of interim carrier fighters with the Boeing Super Hornet and Dassault Rafale as talked about contenders.

INS Vikrant is a 260 meters long and 60 meters wide vessel displacing 37,500-tonnes. Maximum speed of the ship is announced at 28 knots, with a range of 7,500 nautical miles at a speed of 18 knots. INS Vikrant is set to receive a large crew complement composed of 160 officers and 1,400 sailors. The STOBAR aircraft carrier will be able to accommodate up to 30 fighters and helicopters, including Mig-29K fighters jets and Ka-31 helicopters.