The 14 projects launched in the fourth wave cover five military domains: land (2), maritime (2), air (6), cyber/C4ISR (2) and space (2). Projects range from the development of new military capabilities and the identification of future needs in areas such as air power and maritime surface escort, to enhancing the exchange of classified governmental imagery and joint training for main battle tanks. Projects to be taken forward will help increase the coherence of the European capability landscape and deliver operational benefits on the ground.

“The launch of the fourth wave of PESCO projects is an important milestone for European defence cooperation. These new 14 projects invigorate the PESCO process which along with the Coordinated Annual Review on Defence (CARD) and the European Defence Fund (EDF) are now beginning to create indispensable synergies for Member States to develop effective and cost-efficient capabilities together. I am proud of the work the PESCO Secretariat has done to bring this fourth wave to the table, in particular EDA’s contribution in carrying out the capability assessment of projects. EDA has already provided support to eight PESCO projects stands ready to support its Member States going forward.”

An existing major PESCO project in the maritime field is the EPC European Patrol Corvette.

The M-SASV platform will be developed following a manned (when needed) and unmanned (when possible) approach, and will provide increased operational flexibility and crew protection. The design for M-SASV will focus on littoral operations, however the platform will be also deployable as part of naval task groups.

The participating three nations are: Estonia, France, Latvia. The Initial Capability Requirements have already been drafted and industry partners are working to establish a consortium.

For the record, the U.S. Navy is also actively working on MUSV and LUSV projects. 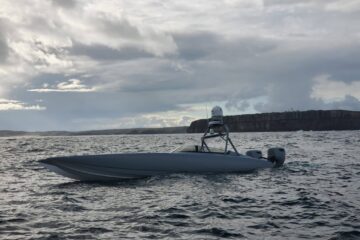 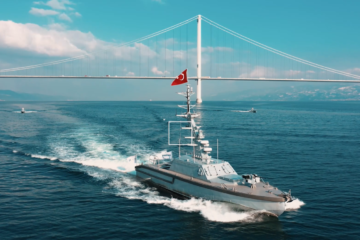