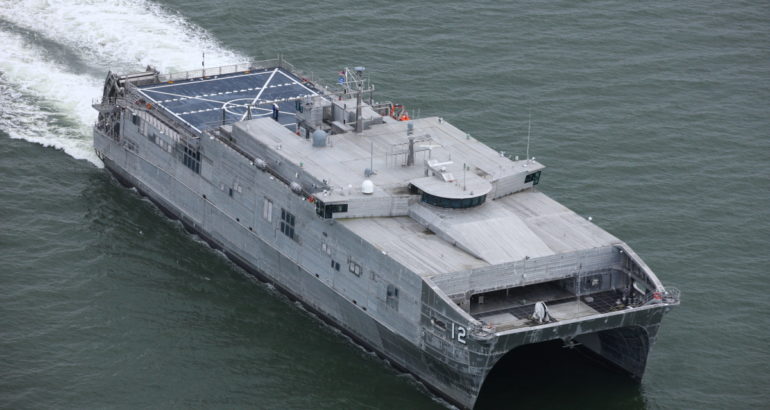 The U.S. Navy Military Sealift Command (MSC) awards GE Power Conversion an indefinite-delivery/indefinite-quantity contract to maintain the power and propulsion systems aboard its vessels. The contract’s potential worth is $125 million over five years.

The contract covers maintenance, modernization and upgrades, training, repairs, parts, remote technical support, and program management on 35 vessels, with more ships to be added as they are built and turned over to MSC after commissioning. The vessels operate throughout the world, and GE’s support is expected 24/7, 365 days per year.

As the original equipment manufacturer, GE Power Conversion received a three-year maintenance contract from MSC in 2012 covering just a few ships. Later, the contract was renewed, and more ships added, with GE earning excellent reviews for both contracts in the Contractors Past Performance Rating System.

“We have demonstrated in the past that we are a responsive and knowledgeable service provider, long after equipment delivery.”

“This long-term contract is the result of customer confidence earned over years of demonstrated value for the range of service support we can provide.”

One benefit of the GE contract is the modernization upgrades it supports.

“This contract covers the most technologically advanced electric and hybrid power and propulsion systems in the MSC fleet; these systems allow a level of vessel control and agility that is without parallel, increasing ship handling confidence and safety.”

“Looking ahead, the advantage our equipment gives to future ship classes is significant.”

What the contract covers

The major systems/components of the Power Take Off (PTO)/Power Take In (PTI) systems onboard T-AO vessels covered under the contract include but are not limited to PTO generator system, PTI system, and interfaces to the switchboard and PTO/PTI systems and Machinery Control.

The major systems/components of the assured power modifications onboard the LCC vessel that are covered under the contract include but are not limited to: three 3516C Caterpillar Ship’s Services/Emergency Diesel Generators, all major switchboards, UPS backup system for C5I* and other critical mission loads, new engineering alarm and monitoring system, and new vessel control system.

The main reduction gears and bearing on the T-AKR vessels also are covered by the contract.