Raytheon Missiles & Defense, a Raytheon Technologies business, was awarded a $578 million contract to produce 54 SM-2 Block IIIAZ all up round upgrades for the United States and 215 Standard Missile-2 all up rounds for seven partner nations.

“SM-2 continues to be a premier ship air-defense weapon for many partner navies worldwide. Here at home, the SM-2 will protect U.S. Navy ships and crews through 2035 and beyond.”

SM-2 defends navies against anti-ship missiles and aircraft out to 90 nautical miles and an altitude of 65,000 feet. SM-2 has an extensive flight test history with more than 2,700 successful live firings.

About SM-2 Block IIIAZ variant: A quantity of SM-2 Block IIIA rounds are being modified for use aboard the Zumwalt-class destroyers. These rounds are designated ‘Block IIIAZʼ and are receiving updates that will enable them to communicate with the SPY-3 radar as well as receiving software updates to enable interrupted continuous wave illumination guidance. The SPY-3 radar uses the ICWI illumination method instead of the CWI of the conventional SM-2/ESSM. USS Zumwalt fired a SM-2 missile for the first time in October 2020. 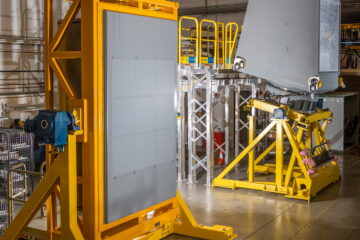