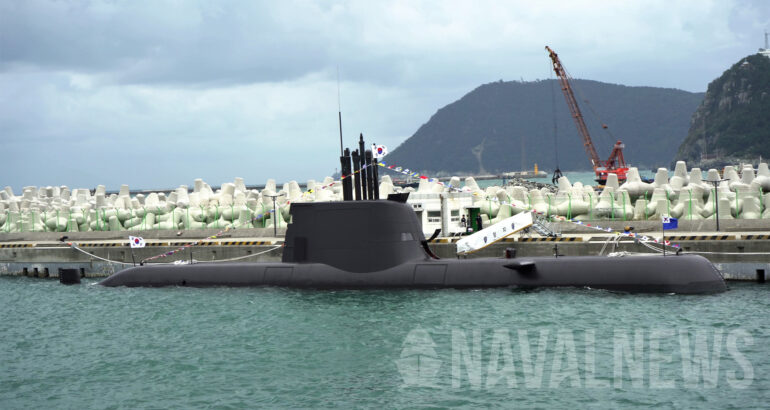 The Republic of Korea Navy (ROK Navy) announced that defects were found in 3 of the 9 Son Won-il-class submarines, the South Korean variants of the Type 214, currently in active service.

ROK Navy submarine force will face a major setback in the coming months as the submarines go through major overhaul and parts are sent to Germany for repairs.

The ROK Navy found defects in the cables of the inverter module, one of the central components in the propulsion system, aboard ROKS Son Won-il, ROKS Yoon Bong-gil, and ROKS Yoo Gwan-soon. These are the first, fifth, and sixth boats of the class. Each submarine will have to go through a complex overhaul to receive repairs. This will immobilize each vessel at least four months.

To make matters worse, the inverter modules, produced by Siemens, cannot be fixed in Korean shipyards due to legal barriers concerning technology transfers and intellectual property. Therefore, the parts will need to be shipped to Germany for repairs, with the round way trip expected to last 2 months, leading to each submarine being out of action for at least 6 months.

This is expected to have a major negative impact on force readiness. The Son Won-il-class submarines are considered to be one of the ROK Navy’s most valuable assets, providing a strong deterrent against North Korean aggression. Displacing 1,860 tons when submerged, the submarines use air-independent propulsion, allowing them to stay underwater for up to two weeks. Moreover, they are capable of launching the Hyunmoo III cruise missile which can hit targets up to 1,000 km away.

These features make the ships especially effective at neutralizing North Korea’s mobile ballistic missile launchers based inland. Some fear that the reduction in force readiness will invite provocations from North Korea. The country may see the major overhaul as an opportunity to act more aggressively.

Siemens has already been awarded a ₩7 billion (~$6 million) contract to make repairs to the three subs. Work on the ROKS Son Won-il began in January. Repairs for the ROKS Yoon Bong-gil and ROKS Yoo Gwan-soon will begin in August this year and February next year, respectively.

“We are cooperating with the manufacturer,” a ROK Navy source told local media. “The overhaul periods have been spaced out to minimize the negative impact on force readiness.”

The Son Won Il-class is based on the Type 214, a diesel-electric submarine developed by Howaldtswerke-Deutsche Werft which features diesel propulsion with an air-independent propulsion (AIP) system. The ROK Navy has nine of those submarines in its inventory. The first three types were assembled by Hyundai Heavy Industries (HHI) and the six others were split between HHI and DSME. Check out our video interview with the Commanding Officer of ROKS Jung Ji, the second of the KSS II submarines of the ROK Navy.

The first boat of the Son Won-il-class was commissioned in 2007 as part of the ROKN’s KSS II program. The last vessel of the class, the ROKS Shin Dol-seok, entered service in 2020. The class is named after the ROK Navy’s first chief of naval operations, Admiral Son Won-il. With a length of 65.3 m and a width of 6.3 m, the submarines have a crew of 32 and are capable of traveling at 20 knots when submerged.