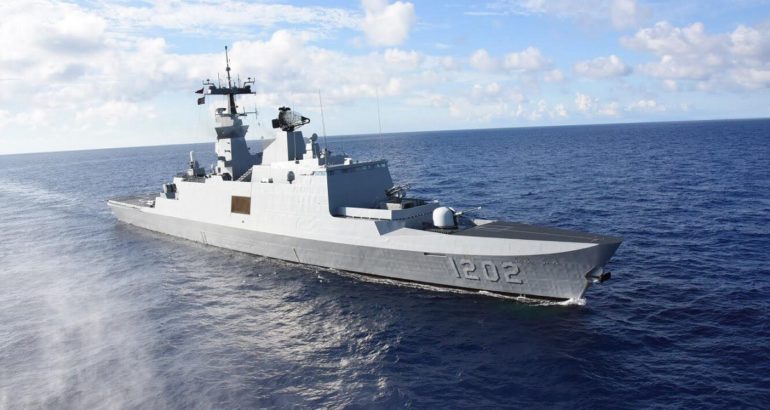 A Taiwanese media, UP MEDIA, quoted an anonymous source, saying that despite the shadow of the commission and kickback scandal, in which both Taiwanese and French parties were involved (when Taiwan procured the frigates in the 1990s), Taiwan has been negotiating with the French Directorate General of Armaments (Direction générale de l’armement, DGA) for the upgrade.

After France approved Taiwan’s request, DGA requested Naval Group (formerly DCN and DCNS) to negotiate the scope of the upgrade. Therefore, this upgrade program is a foreign military sale.

Taiwan’s NCSIST (National Chung-Shan Institute of Science and Technology, a Taiwanese state owned corporation) once wanted to become the prime contractor, with the reason of Indigenous National defense (國防自主國艦國造). However, the ROC Navy insisted on France being the prime contractor for the upgrade program, to integrate systems developed by NCSIST, such as the TC-2N surface-to-air missile (SAM) system.

According to the report, the French experts involved in the upgrade program are led by a retired French navy senior officer, probably a commander or captain. The officer was said to be an expert of technologies, and have a background in submarine technologies. Taiwan has given privilege to the French officer responsible for the program.

The ROC Navy has provided information about the upgrade program to the parliament. According to the information, the upgrade program has 3 stages. In the first stage, French experts and NCSIST’s Hsunlien Project (迅聯專案) personnel will evaluate system integration and test them, examine the ships, make blueprints, and finish the evaluation for extension and modification constructions.

France have agreed to share technologies to Taiwan in order to modify and integrate the vertical launch system (VLS) that was developed locally by NCSIST as part of the Huayang Project(華陽計畫). In February 2021, Up Media reported that NCSIST bought Mk 41 VLS from Lockheed Martin and did some reverse engineering to develop its own VLS technology for launching shipborne variants of Taiwan’s indigenous surface-to-air missiles. But Lockheed Martin said that if NCSIST don’t pay the licensing revenue, no more parts and technology transfer will be provided. The French experts is said to provide technologies for installing the NCSIST’s 32-cell Huayang VLS into the B turret position (in place of the RIM-72C Sea Chaparral) of the frigates, without violating Lockheed Martin’s license.

In the 1990s, Taiwan procured 6 new frigates based on the La Fayette design from France. However, Chinese intervention made Taiwan unable to secure France-made weapon systems for the ships. ROC Navy had to equip the ships with U.S. made and Taiwanese made weapon systems, including RIM-72C Sea Chaparral SAM system, which has been criticized for decades because of its extremely short range and is considered inadequate for defense against modern anti-ship missiles and aircrafts.

Naval Group is currently upgrading some of the French Navy’s La Fayette-class frigates, however the upgrade program doesn’t include the installation of a VLS: